Impact of trade blockade on inflation and external sector

Inflation is creeping up fast: from 6.9% in mid-August 2015 to 12.1% in mid-January 2016. The last four months (when the supplies disruptions due to blockade was ongoing) had inflation higher than the corresponding months in FY2015. The deviation from Indian inflation was also higher in all the first six months of FY2016, which indicates not only the impact of the blockade (which is the primary source), but also the impact of supply-side constraints and anti-competitive practices within Nepal. Overall, food inflation (has 43.91 weight on CPI basket) was 15.2% in mid-January and non-food inflation was 9.7%. The blockade barred Nepali traders from importing goods at a relatively cheaper prices as a result of the sustained low oil prices globally. 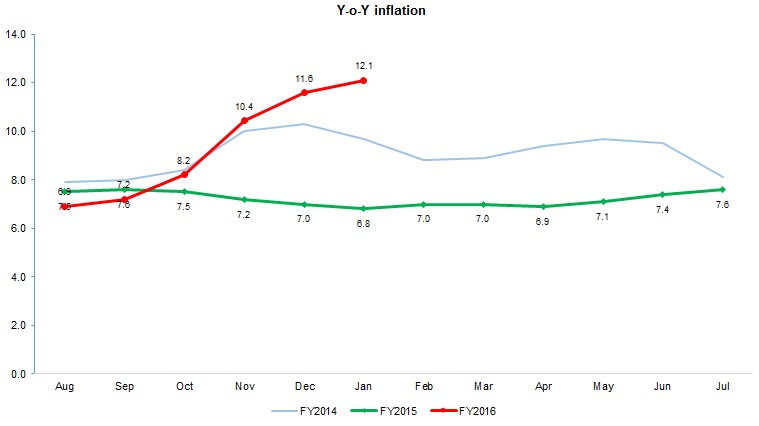 The impact of the earthquake, supply disruptions (which affected travel and operation of manpower agencies), and slow demand from migrant workers from employment destination overseas (particularly due to the impact of low global oil prices in oil producing countries in the Gulf and Malaysia) lowered the number of workers leaving for work overseas. 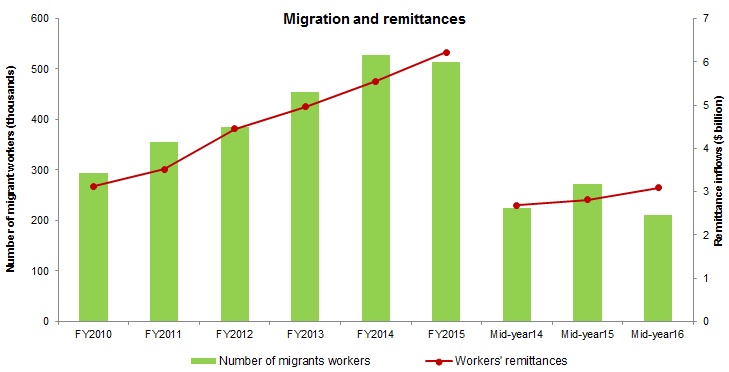 The decline in trade deficit (as blockade drastically lowered exports and imports) and an increase in workers’ remittance inflows boosted current account balance and balance of payments. Merchandise exports were down by about $178.5 million in the first half of FY2016 from the level in the corresponding period in FY2015. Similarly, imports went down by $1.2 billion, with oil imports plunging down by $381.6 million and non-oil imports by $790.1 million compared to the first six months of FY2015. Consequently trade deficit was down by $993 million. Current account surplus was $1.4 billion. Forex reserves are also up. 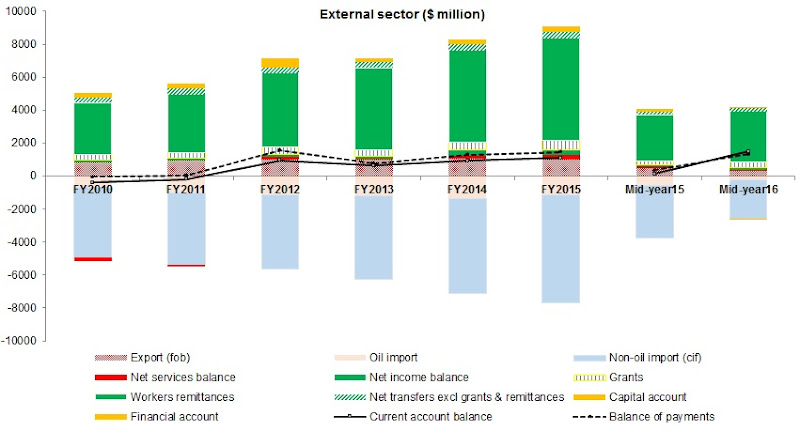