Schooling is not enough, learning is important too

Just attending school itself is not enough. Learning is equally important in primary and secondary schools to boost wages and opportunities later in life, according to World Development Report 2018. It dubs the current state of educaiton a “learning crisis”. 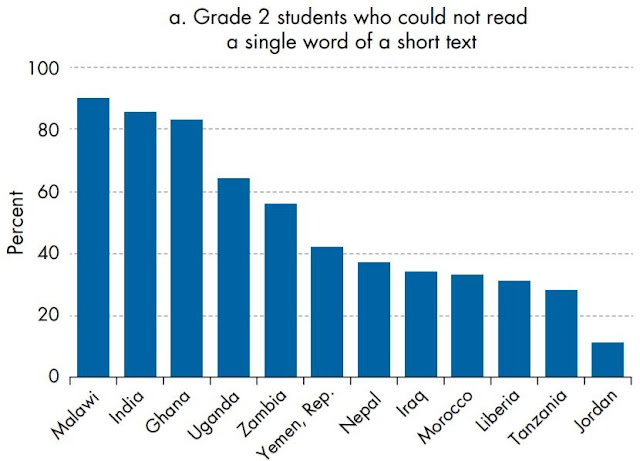 Examples:
Teaching-learning relationships breakdown due to:


(i) Malnutrition, illness, low parental investments, and harsh environment associated with poverty would mean that children come to school unprepared to learn

(ii) Teachers lacking the skills or motivation to teach effectively 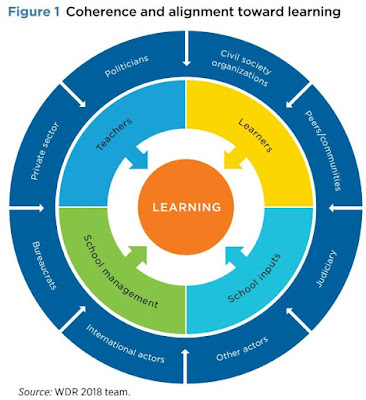 It recommends countries to:
Posted by Chandan Sapkota at 9:40 AM No comments: