By analyzing the historical fluctuation in temperature in 125 countries between 1950 and 2003, Dell, Jones and Olken (ungated version here) found that it does not have significant economic impacts in rich countries, but in poor countries one standard deviation increase in mean annual temperature reduces economic growth by 0.69 percentage points.

Overall, higher temperature is associated with political instability in poor countries. Specifically, an additional one degree change in temperature in poor countries is associated with a 2.7 percentage points increase in the probability of any change in POLITY (i.e. Policy IV index which rates political system in each country annually from –10 as fully autocratic and +10 as fully democratic). Political instability impacts factor accumulation and productivity growth. Using another dataset of leadership change, they show that a one degree rise of temperature raises the probability of leader transitions by 3.1 percentage points in poor countries.

Below is the abstract from their paper: 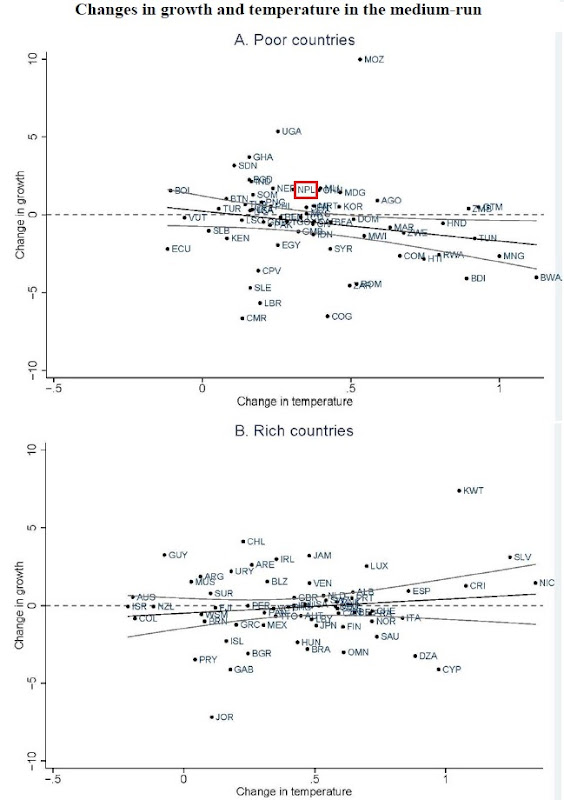 Posted by Chandan Sapkota at 11:45 AM No comments: