The latest World Economic Outlook (April 2015) by the IMF focuses on potential output growth. It argues that the world economy is facing a slower ‘speed limit’ (potential output growth) due to the impact of aging, lower capital and productivity growth. Hence, unless there are appropriate policy responses to foster innovation, productive capital investment and effective responses to aging, the major economies will have to ride on lower speed limits.

Potential output is a measure of an economy’s productive capacity with stable inflation and is affected by the supply and productivity of labor and capital. The slower capital accumulation and labor growth (due to ageing) have led to lower potential growth in advanced economies. However, in emerging economies, this is caused by slower total factor productivity growth. After the global financial crisis, both the level and growth rate of potential output has reduced. 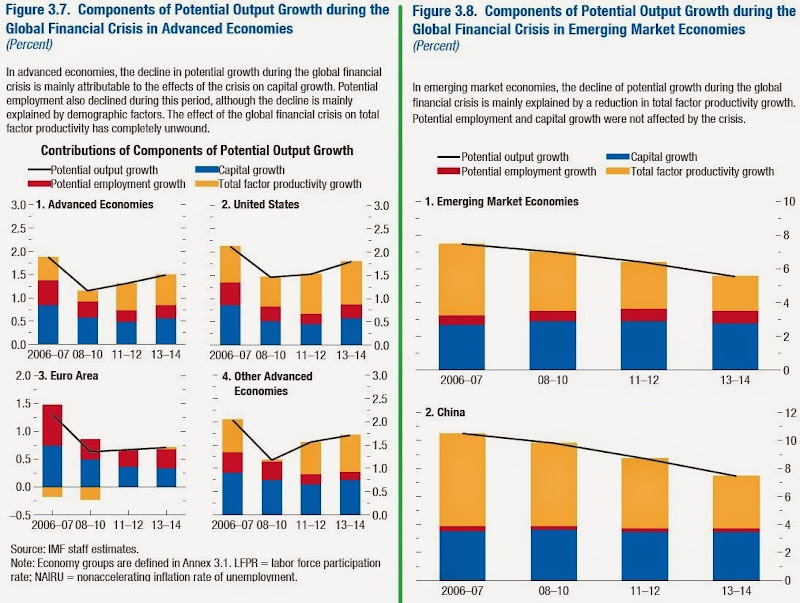 Even if capital investment increases as economic conditions improve, labor growth may not be as rosier as population age and workers retire. This is going to impact potential output growth as well in both advanced and emerging economies. Furthermore, the productivity growth may be weaker than before as the previous drivers (past technological improvements and enhanced educational attainment) don’t have similar strong impact as before because the catch-up gap with advanced economies is already narrow. Hence, potential output in advanced economies will remain below pre-crisis level (despite an improvement over 2008-2014). But, emerging economies will see lower potential output than before. 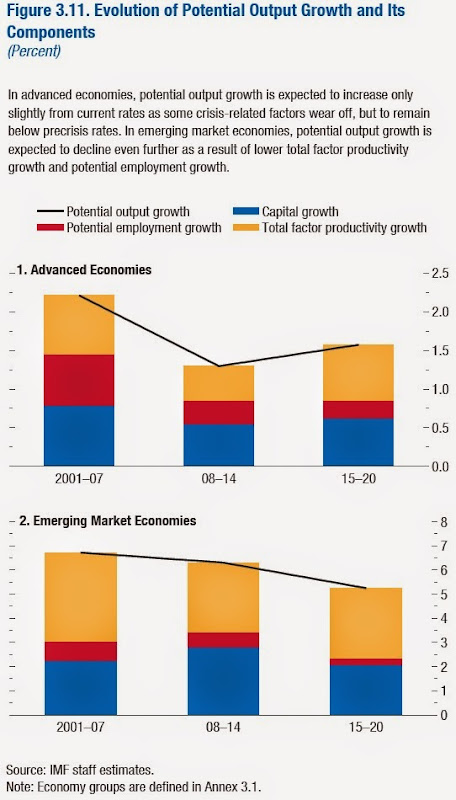 Now, to raise potential output growth, pro-active policy measures may help. Some of these as outlined in the report are as follows:

Posted by Chandan Sapkota at 10:38 PM No comments: