The impact of global recession on poverty

It is estimated that an additional 55 to 90 million people will be trapped in extreme poverty in 2009 due to the worldwide recession. The number of chronically hungry people is expected to climb to over 1 billion this year, reversing gains in fighting malnutrition and making the need to invest in agriculture especially urgent.

That’s from the Global Monitoring Report 2009: A Development Emergency. The report says that MDG of halving extreme poverty by 2015 from its 1990 level is still reachable but “risks abound”. 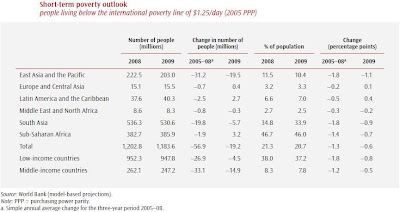 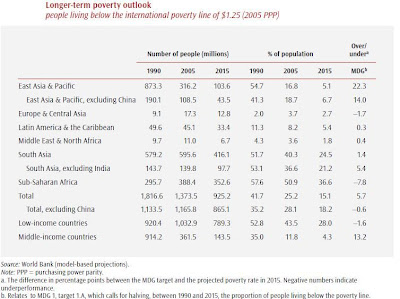 Posted by Chandan Sapkota at 1:29 AM No comments: