But, productivity gaps among firms in the same or different industry can be an important source of growth, argues Rodrik and McMillan (2011) in the latest working paper (Globalization, Structural Change, and Productivity Growth). The reason is that when factors of production (mostly labor and capital) move from less productive to more productive activities, the economy grows even if there is no productivity growth within sectors. The movement of labor from low-productivity to high-productivity activities raises economy-wide labor productivity. This is growth-enhancing structural change, which the high-income countries have. The main messages of their paper are: 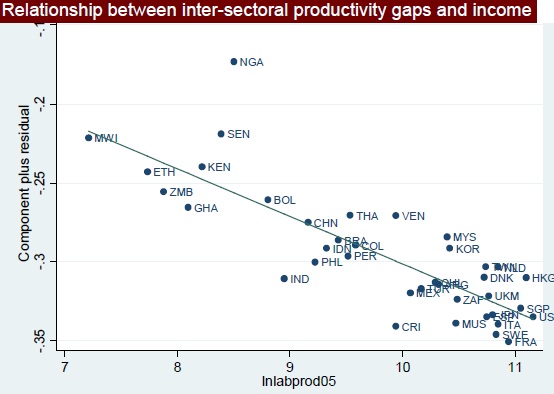 This paper contributes Hausmann’s and his work on structural change induced by “jumping monkeys”, where production is moved from one product to another having similar features and using pretty much similar (or upgraded) factors of production. It involves (structural change) moving from the production of peripheral goods to core goods in product space.

Posted by Chandan Sapkota at 12:38 PM No comments: