Keynesianism is in high demand! Come crisis the markets cannot deal with, bank on Keynes, whose life’s mission was “to save capitalism from itself”. Could not agree more!! Even Hayek described him as “the one really great man I ever knew, and for whom I had unbounded admiration”. Here is a nice piece from the FT.

As the world reels from a 1929-style stock market plunge and a 1931-style banking crisis, his words are a fair assessment of the dangers we face once again. Keynes, whose life’s mission was to save capitalism from itself, is more relevant than at any time since his death in 1946.

His renewed influence can be seen everywhere: in Barack Obama’s planned stimulus package, for example. When George W. Bush said his administration’s plan to take equity in banks was “not intended to take over the free market, but to preserve it”, he could have been quoting Keynes directly.

The heart of the book [The General Theory of Employment, Interest and Money, 1936] is the idea that economic downturns are not necessarily self-correcting. Classical economics held that business cycles were unavoidable and that peaks and troughs would pass. Keynes contended that in certain circumstances economies could get stuck. If individuals and businesses try to save more, they will cut the incomes of other individuals and businesses, which will in turn cut their spending. The result can be a downward spiral that will not turn up again without outside intervention.

That is where government comes in: to pump money back into the economy by some means, such as spending on public works, to persuade individuals and businesses to save less and spend more themselves.

Markets are either imperfect or heavily distorted or agents lack incentives or there are rampant failures (or all) in the developing countries. So, the need of Keynesian approach is ever increasing. Remember that the fantasy to institute markets in a place where there was no foundation for it to take place, usually Africa, in the 80s and 90s did not lead to progress in growth and development (also, the number of conflicts at a given point of time did not decrease). What is needed is not austerity but a sensible application of Keynesian approach so that while aggregate demand and economy are stimulated, the market incentives are not tempered as well. The market and government can be complements and save each other from going down. There is no more for one and less for the other. It depends on contexts and circumstances individual countries are in. There are some sectors where letting markets loose bring wonders but there are also some sectors where markets cannot simply work or even if they work, they work for a select few. Government can help create an unsuitable place for market into a suitable place by sharing risks, building perquisites for the markets to function properly, instituting good governance, providing productivity enhancing subsidies, etc.—there are a whole slew of demand management techniques to follow (sensibly).

That being said, there should be no room for failed Marxist ideology. China has already experienced it. So has Vietnam. Now, Nepal (where Maoists party run the government…yes, they were elected by the people) should follow suit rather than getting bogged down on sloppy socialist slogans. Keynesianism is neither socialism nor Marxism. It is a complementary buddy of the market!

A nice description of Keynes: 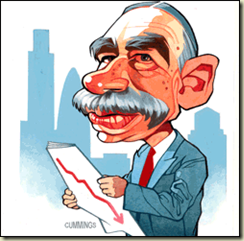 He was an imposing figure, six feet, six inches tall and full of jokes, gossip and sharp observations. Alongside economics, he had an array of other interests as mathematician, administrator, academic, investor, journalist, art collector, politician, impresario and diplomat. He was even an exemplary husband, devoted to his wife, Lydia Lopokova, a ballerina. In his language he could be carelessly provocative. But, as he said: “Words ought to be a little wild, for they are the assaults of thoughts on the unthinking.”

When bad policies were making economic problems worse, he felt a moral obligation to change them. He worked with distinction at the Treasury during the first world war and at the war’s end argued presciently against the imposition of excessively harsh conditions on Germany. When his advice was ignored, he left and published his views in his first great polemic, The Economic Consequences of the Peace .

Here is a full text link to Keynes’ masterpiece: The General Theory of Employment, Interest, and Monetary Theory. Downloadable version of The Economic Consequences of The Peace. More about Keynes and the current financial crisis here.

Posted by Chandan Sapkota at 9:22 PM No comments:

Krugman argues that there is not much the Federal Reserve can do right now because despite repeated interest rate cuts, unemployment is rising and credit market is still tight. So, way out of rising unemployment is to go by the Keynesian rules, i.e. in the face of ineffective monetary policies, use fiscal policies to stimulate aggregate demand by public investment in infrastructure, unemployment benefits, and emergency aid. With this comes deficit, which Krugman says can be forgotten for now.

In other words, there’s not much Ben Bernanke can do for the economy. He can and should cut interest rates even more — but nobody expects this to do more than provide a slight economic boost.

On the other hand, there’s a lot the federal government can do for the economy. It can provide extended benefits to the unemployed, which will both help distressed families cope and put money in the hands of people likely to spend it. It can provide emergency aid to state and local governments, so that they aren’t forced into steep spending cuts that both degrade public services and destroy jobs. It can buy up mortgages (but not at face value, as John McCain has proposed) and restructure the terms to help families stay in their homes.

And this is also a good time to engage in some serious infrastructure spending, which the country badly needs in any case. The usual argument against public works as economic stimulus is that they take too long: by the time you get around to repairing that bridge and upgrading that rail line, the slump is over and the stimulus isn’t needed. Well, that argument has no force now, since the chances that this slump will be over anytime soon are virtually nil. So let’s get those projects rolling.

Here is similar call for Keynes by Jayati Ghosh. Here is Keynes and the Crisis by Axel Leijonhufvud.