Here are highlights from one of the latest published reports (Employing India: Guaranteeing Jobs for the Rural Poor) yours truly was involved in. It is about Mahatma Gandhi National Rural Employment Guarantee Act (MGNREGA), probably the largest social protection programs in the world -- directly employing members of around 50 million rural households at a cost of less than 0.5% of GDP.

Below is a brief of the report: 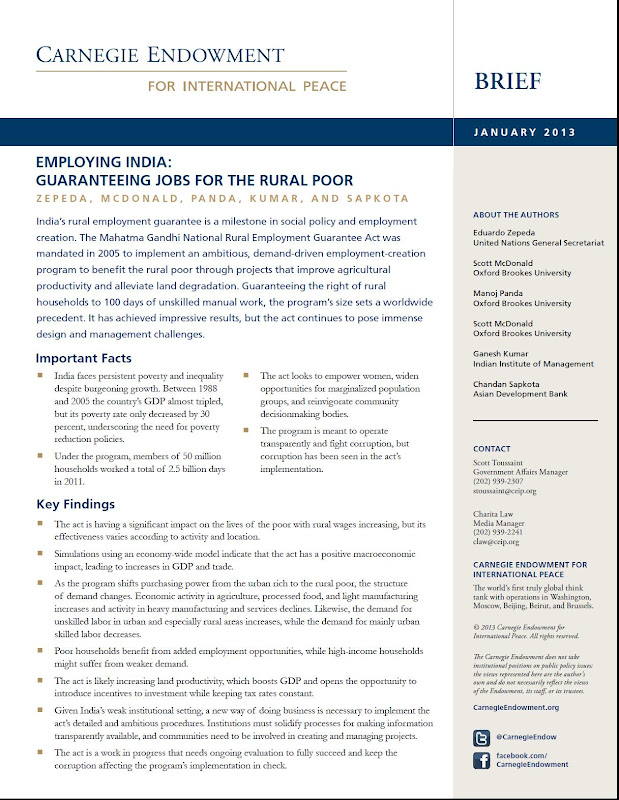 I will have more from the report in another blog post.

Posted by Chandan Sapkota at 11:11 PM No comments: