Evolution of various proposals under the Doha Round

Antoine Bouet and David Laborde, in a short IFPRI short brief, discuss tariffs rate in five different proposals that have evolved since 2001 under the Doha Round. Here are some of the points: 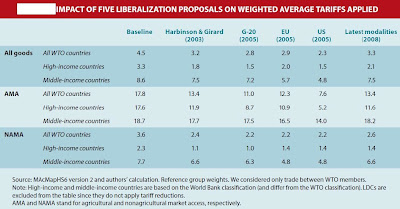 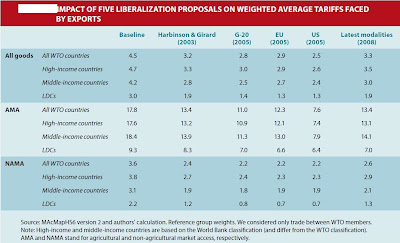 Based on the most recent modalities package, the Doha agreement has an ambivalent impact on developing countries and does not offer enough to the poorest countries. It has to offer more in terms of market access and reduced trade costs. International cooperation needs to be extended further to other challenging areas for least-developed countries. 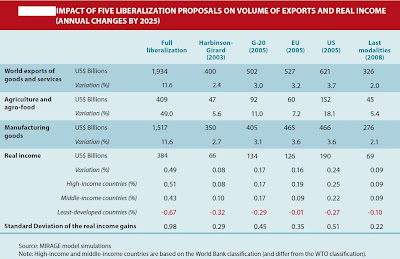 Posted by Chandan Sapkota at 3:28 AM No comments: