Growth in developing countries after the crisis

The Growth Commission has published a report (Post-Crisis Growth in Developing Countries) assessing the financial crisis and its fallout on economic growth in the developing countries. I was planning to read it last month but couldn’t do so. This report assesses if the previous recommendations in The Growth Report still holds true after the 2008 financial crisis. 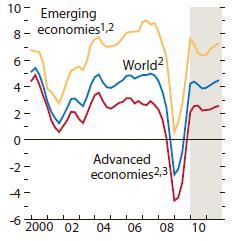 The conclusion is that the recommendations are still relevant but some restraint on capital controls and financial liberalization might be fruitful. The report emphasizes the crisis does not show the failure of market-based system but that of the financial sector. The outward-looking strategy is still relevant but it may not be as rewarding as it was before the crisis because of slower growth in trade, costlier capital, and a more inhibited American consumer.

Below are notes from the report. The figures are from WEO 2010:

Economies that had sustained growth of 7 percent or more for 25 years or longer had some common features:

What did the crisis teach us? The crisis delegitimized an influential school of thought, which held that many financial markets could be left to their own devices, because self-interest of participant would limit the risks they took. At a huge cost, it taught an unforgettable lesson about how financial systems really work. But, the crisis is a failure of the financial system, not the market per se. 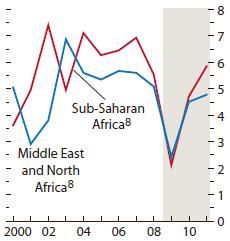 Before the crisis (September 2008), developing countries faced very high commodity prices for eighteen months, peaking in the spring and summer of 2008. When the crisis erupted, there were declines in investment, employment and trade. The crisis spread to the developing countries through financial channel (credit tightened everywhere) and real economy channel (trade collapsed more than economic activity). China was less vulnerable to mobile investment funds because of its capital controls. China's response to this crisis was a repeat of its response to the Asian financial crisis in 1997-98, but on a much larger scale.

The government has to prevent a complete failure of the financial system and replace essential functions like credit provision until the normal channels reappear. It should also prop up economic activity and asset prices by filling the gap left by sidelined consumers and investors. Moreover, it has to act as a "circuit-breaker", interrupting the transmission of shocks from one part of the economy to the other. Fiscal stimulus reduces declines in the real economy, boosting employment, income and credit quality. 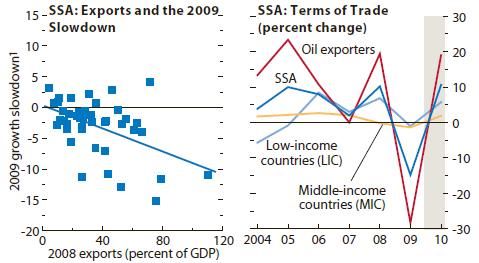 Successful economies have generally found a formula that includes a dynamic and innovative private sector supported by government investment in public goods, effective regulation, and redistribution to protect the most vulnerable. That balance varies across countries.

The crisis represents a major failure of the financial systems in the advanced countries. In particular, the lightly and incompletely regulated model that was influential in many Western economies is fundamentally flawed and in need of change. There is no evidence of a more broad based failure of the market and capitalist economies. The debate should focus on the financial sectors' stability and performance, rather than on a more sweeping condemnation of the whole market-based system.

The government should do more to protect people during times of extreme economic turbulence. Safety nets are indispensable to maintain public confidence and support for the market-led outcomes. Some countries (such as Brazil, Mexico and India) have shown that it is possible to devise more permanent programs that can serve the economy both in good times and bad, expanding during crises to meet sudden spikes in need. "Leaky" safety nets buys political support. Broader coverage may be the political price we have to pay for a well-supported safety net. Countries should prepare an inventory of well-designed projects that can be taken "off the shelf" when the need arises.

Quantitative easing, capital injections into the financial sector, bail-outs in a number of other industries, and fiscal stimulus programs have all added to the government's scope and influence. Budget deficits, if left unaddressed, will eventually raise long-term interest rates, making debts even harder to sustain.

The state's expansion needs to be reversed as the crisis subsides. Fiscal stimulus packages need to be replaced by medium-term programs to restore fiscal balance, based on realistic (and perhaps diminished) estimates of future growth. The expanded central bank balance sheets need to shrink through the sale of assets over time to the private sector. 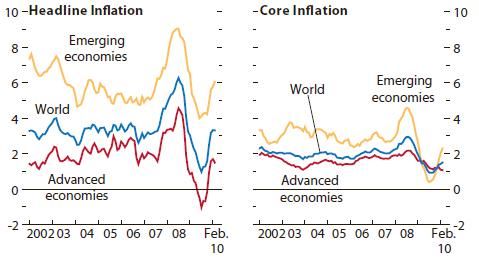 Road ahead for developing countries

Consumption cuts and increase in savings by the American consumer could mean a $700 billion or more shortfall in global aggregate demand, relative to the world economy's productive potential. This shortfall should be filled by an increase in domestic demand in surplus countries.

To grow rapidly, countries must reallocate resources from traditional, low-productivity activities, such as agriculture, to new industries, which allow for rapid gains in productivity that often spill over to the wider economy. As countries make economic progress, their production of tradable goods tends to rise rapidly, leading to trade surpluses. There is no necessary connection between increasing the share of tradable goods in GDP and running a trade surplus. Rodrik has shown that trade surpluses do not have any independent, positive effect on growth, once you control for the share of industry in GDP. The share of "industry" captures the importance of non-traditional, high-productivity activities in a country's economy. Countries grow by promoting these activities, not by promoting trade surpluses per se.

Developing countries should curb financial products they may be ill equipped to handle. Several countries, including Brazil, India and China make heavy use of reserve regulatory restrictions to dampen their banks' enthusiasm. China imposes different requirements depending on the kind of assets banks hold, thereby influencing the direction of credit as well as its quantity.

Developing countries should ensure that some banks remain domestically owned, even if they are not owned by the state. The government's focus is quite understandably on the domestic economy. But foreign entities will have divided loyalties at best. 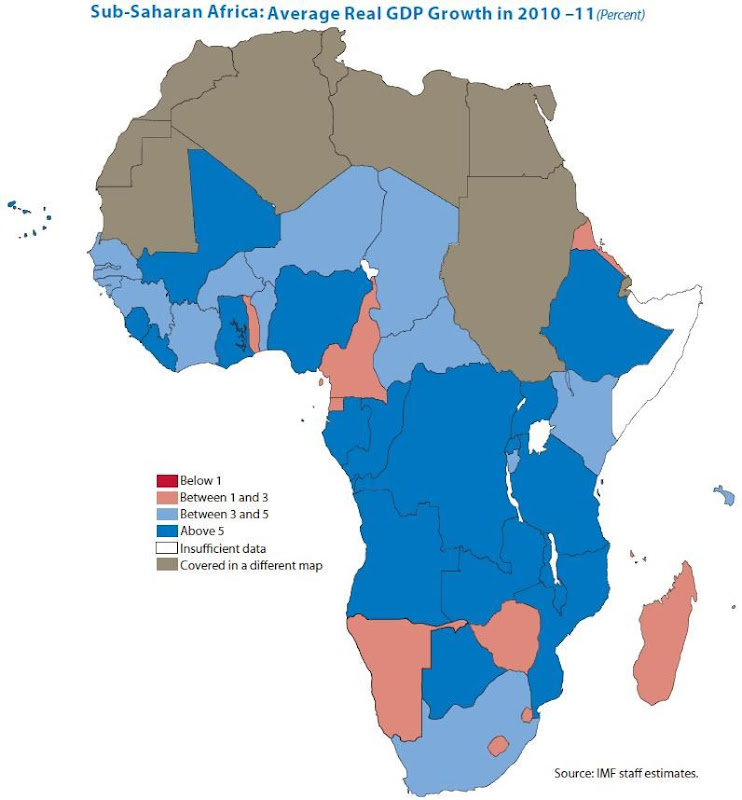