Two years since the earthquake reconstruction work is dismal

Today marks the second anniversary of 25 April Gorkha earthquake. A catastrophic 7.8 magnitude earthquake struck Barpak of Gorkha district at 11:56 AM. In between numerous aftershocks of below 5 magnitude, two powerful 6.7 magnitude (26 April) and 7.3 magnitude (12 May) aftershocks shook a large part of the country, particularly central and western administrative regions. It caused further damage to the already weakened houses and physical infrastructure, and also triggered numerous landslides in the rural areas. The calamity added a new challenge to Nepal’s short-to-medium term economic growth and development prospects.

Over 8,800 were confirmed dead and 22,309 injured. Furthermore, 602,257 and 285,099 private houses were fully and partially damaged, respectively, forcing thousands of people to seek temporary shelter under tents and tarpaulin sheets. Furthermore, 2,673 and 3,757 public buildings were fully and partially damaged, respectively. To prioritize rescue and relief operations, the government declared 14 districts as severely affected (mostly in the central and western regions) although the earthquake has affected 31 of Nepal’s 75 districts. 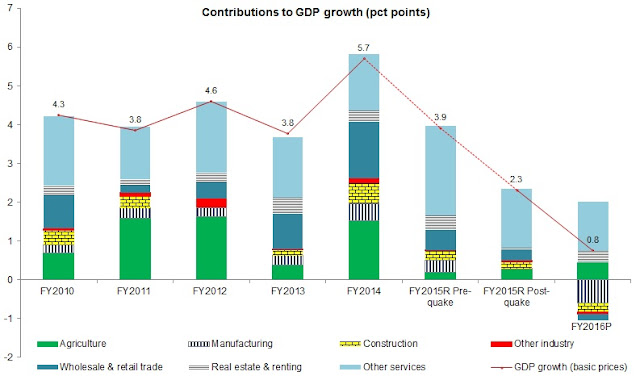 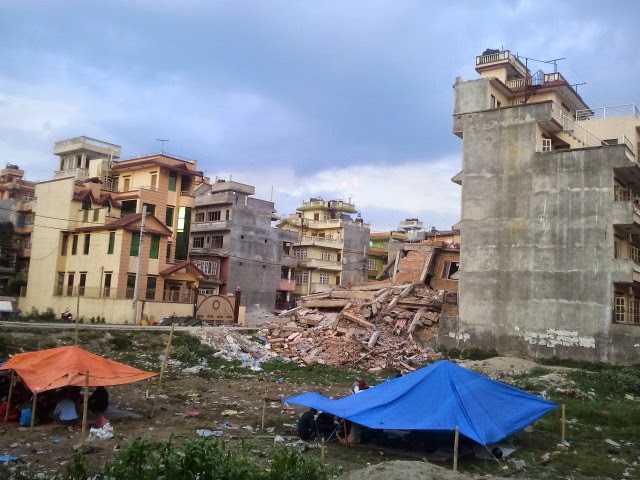 Preliminary estimates showed that the income shock as a result of the earthquake likely pushed an additional 700,000-982,000 people below the poverty line. This translates into an additional 2.5%-3.5% of the estimated population in 2015 pushed into poverty compared to the no-earthquake baseline scenario of about 21%.

The government organized an international conference to raise funds for reconstruction, which all political parties said would be swift and free of procedural bottlenecks. Accordingly, multilateral and bilateral donors pledged around $4.1 billion (see figure below). 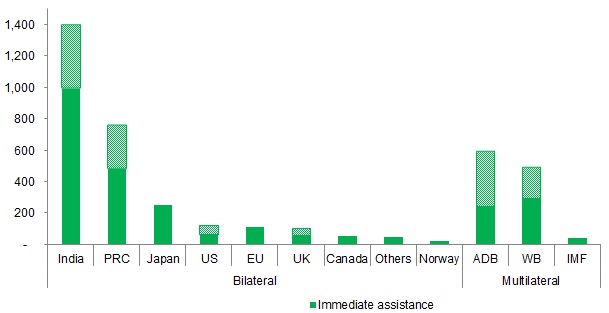 So, what has been the progress after two years?
Obviously, the progress so far is disappointing. The National Reconstruction Authority (NRA) points to three factors for the slackness:

What is surprising is that these were exactly the things folks feared during the run up to establishment of the NRA. There was strong recommendation to make the NRA as powerful as it can be (definitely not a parallel government as come interpreted it back then!) so that it doesn’t have to knock on the doors of various ministries and the Cabinet to take crucial decision as and when necessary to expedite reconstruction works. No one wanted the NRA to suffer the same fate as other ministries in spending capital budget (bureaucratic hassles, structural weakness in planning, low project readiness, weak project management, and political influence).

Unfortunately, this is exactly whats happening right now. NRA looks like another bloated ministry without much tooth. It has to depend on the Ministry of Finance to get funds. It is not given adequate discretionary expenditure to carry out tasks that may crop up as work progresses. MOF is too slow and lethargic to not only release but also to think beyond the usual bureaucratic procedures on this matter.

Political infighting during the appointment of CEO and awarding contracts to cronies have been the most controversial moves. Initially, the NRA ordinance was deliberately allowed to lapse, which led to questions about the very existence of NRA. Then NRA Act was passed by diluting all the procedures that would have ensured faster decision-making and disbursement of funds. A robust institutional setup for reconstruction was not the priority for political parties. The coalition governments were/are more interested in having their yes-man in the leadership position and helping cronies associate with reconstruction efforts (either for project assignment or local influence). The major chunk of the blame for the disappointing pace of reconstruction so far must go to the big three political parties.

Then comes the development partners. I still cannot understand why some donors keep on pressing for stringent verification procedures for disbursement of housing grant. Importantly, I cannot get the logic of breaking housing grant in three tranches as if it’s a robotic way to building houses. Who starts building a house with NRs50,000 and then waits for additional tranche to plan for another phase of construction? How are these folks supposed to do contract with laborers and purchase raw materials needed to build a house when the money is given in tranches subject to stringent verification procedures? The cost of construction materials and labor goes up by the time these processes are cleared. The housing grant should have been given in a big NRs200,000 chunk. Then only an orderly planning would work. I keep on thinking: how about asking the specialist/officer who proposed such an impractical tranche condition to build a house following the rules he/she set? This reflects an inadequate understanding of building houses through financing (grant or bank loan) and poor project planning & preparation. 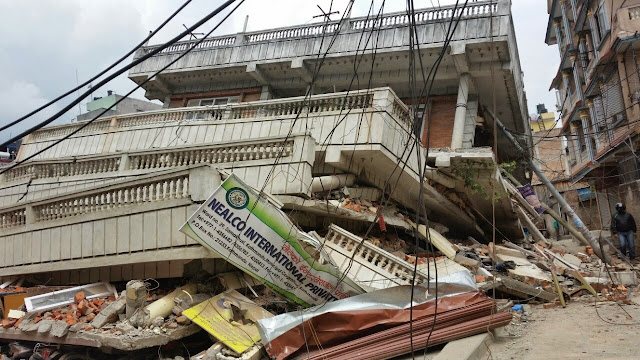 Anyway, the slow reconstruction so far is a shameful tragedy. Reconstruction work needs to be fast now. NRA needs to be given discretionary expenditure so that it won’t have to knock on the doors of MOF all the time. Cabinet needs to delegate procedural approval processes to NRA board itself. Donors need to be a bit flexible. Remember, some inefficiency is always inevitable if we carry out work of this scale. After all, a good cause is worth some inefficiency (so said Paul Samuelson)! Political parties need to keep out of the NRA, especially its leadership and the housing grant at local level. And the NRA needs to mobilize private sector if there is shortage of (or unwilling) civil servants to work on reconstruction tasks. Planning phase is too long already. The people need results immediately.

At this pace I doubt if reconstruction will be completed in the next three to four years. It’s a sad story on top of the pain inflicted by the devastating natural disaster.
Posted by Chandan Sapkota at 4:39 PM 1 comment: