The Open Budget Initiative published Open Budget Index 2008, which evaluates the quantity and type of information available to the public in a country’s budget documents. According to the report France, New Zealand, South Africa, the UK, and the US provide extensive information about annual budget to the public. The average score for 85 countries surveyed is 39 (out of 100= extensive information). Countries like China, Cambodia, DRC, Nicaragua, Sudan, Saudi Arabia, and Nigeria have poor index value, which shows that they provide scant or no budget information to the public. This alone shows how accountable are these governments their people! The report notes that in Nepal, Kenya, Sri Lanka, and Croatia the process became much transparent due to pressure from the civil society. The role of civil society in this process is very important, especially in the developing countries. 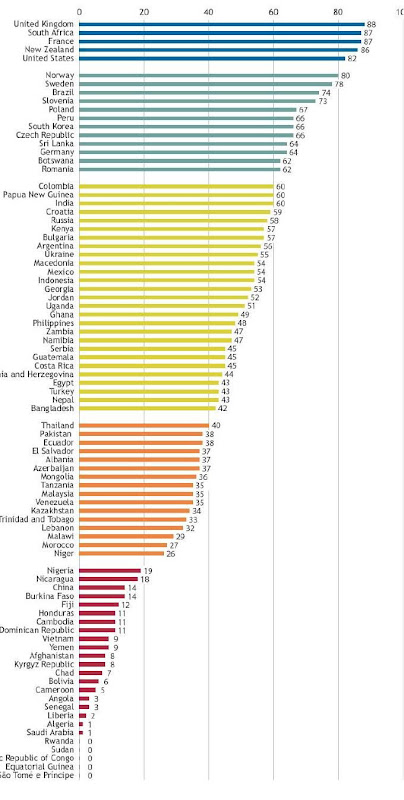 Posted by Chandan Sapkota at 8:55 AM No comments: