Indian government estimates GDP to grow at 5% in FY2020

India’s National Statistics Office has released first advance estimates of national income for FY2020. The estimates are based on benchmark-indicator method with data up to seven to eight months. GVA growth at basic prices is expected to grow at 4.9%, much lower than 6.6% in FY2019 and an average of 7.3% in the last five years. GDP at market prices (GVA plus net taxes on products including import duties) is expected to grow at 5%. It is much lower than 7% target set by the government. Eventually, when the actual estimate for FY2020 is released after a year or so, even 5% advance estimate may look a bit optimistic.

The provision GDP growth estimate for FY2019 is 6.8% and the average in the last five years was 7.5%. The sharp downward revision of annual estimate is in line with the slowdown seen in the quarterly estimates (up to Q2 FY2020) released last month. FY2020 GDP growth estimate of 5% is the lowest since FY2009, when it grew by 3.1%. Here is the IMF's latest Article IV assessment. 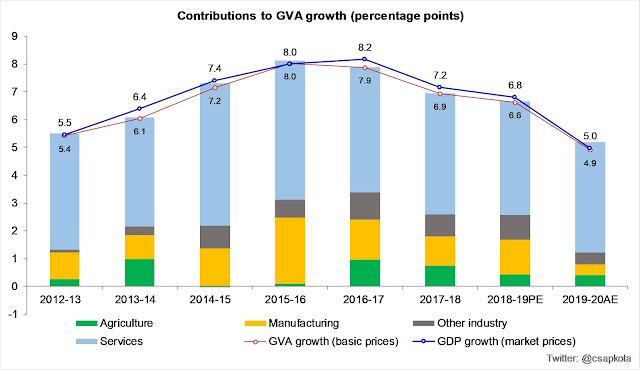 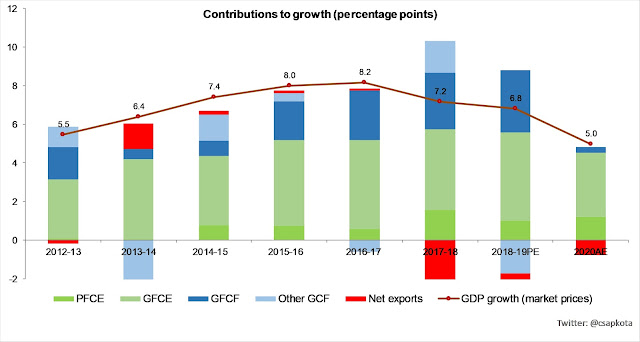 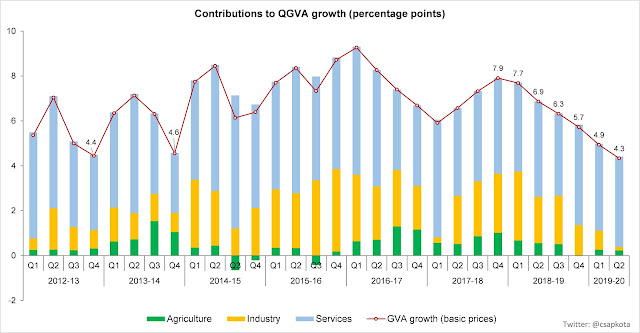