McKinsey Quarterly has an interesting analysis about the future economic centers of gravity in the world, i.e. cities. It also ranks emerging cities based on population, GDP, floor space, municipal water and containers.

It estimates that by 2025, emerging cities will create over 4 billion “consumer class” with a total demand potential of $25 trillion. Here is a link to an illustrative chart on emerging global cities. Unfortunately, none of the cities in Nepal feature in the list. But, the emerging cities with high-income consumers are mostly from China and India, the two countries that share borders with Nepal.

Excerpts from the report: 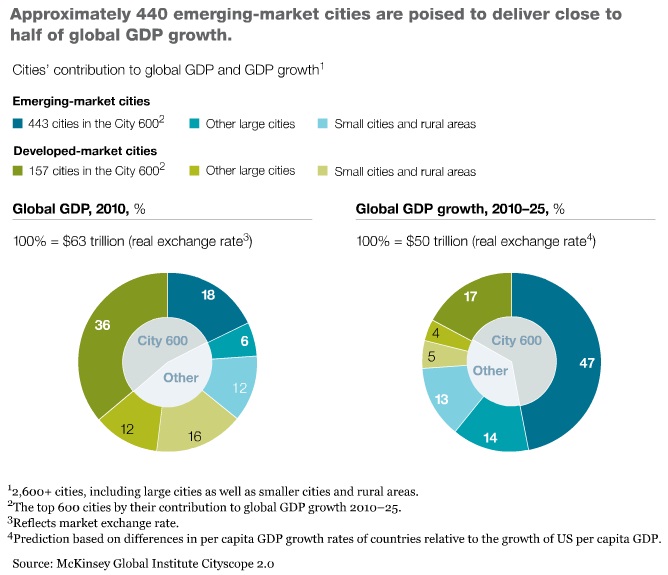 Our research indicates that 440 emerging-market cities, very few of them “megacities,” will account for close to half of expected global GDP growth between 2010 and 2025 (Exhibit 1). Crafting and implementing strategies that emphasize such cities will require new attention from senior leaders, new organizational structures that take account of urban rather than just regional or national markets, and potentially difficult choices about which activities to scale back elsewhere to free up resources for new thrusts.

Companies that adopt such a strategic approach may gain early-mover benefits. For some, developing better insights into demographic and income trends—such as an understanding of the urban areas where the population of older, wealthier consumers is growing most rapidly—will be sufficient. Others may need to dig deeper, learning the market dynamics of specific products in target cities. To illustrate the different panoramas of opportunity that appear when companies use a city-specific lens, we looked at five business sectors, each with different demand profiles. We then ranked cities with the highest growth potential for each of the sectors. Among the takeaways: 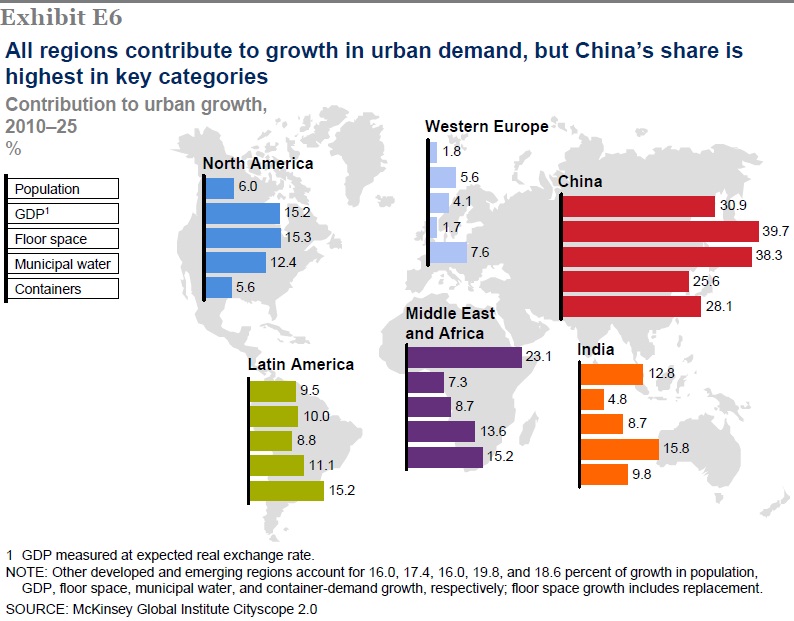 Posted by Chandan Sapkota at 11:19 PM No comments: