Globalization, wages and the quality of jobs

The authors look at five countries: Cambodia, Indonesia, Honduras, El Salvador, and Madagascar. They focus on apparel sector to gauge if globalization is improving working conditions and increasing wages.

Few details about the five countries:

-apparel made up 82 percent of total merchandise exports in 2003; nearly 2/3 destined for the US

-wage in garment sector is 35 percent higher than average wage

-wages and working conditions are positively correlated with trade 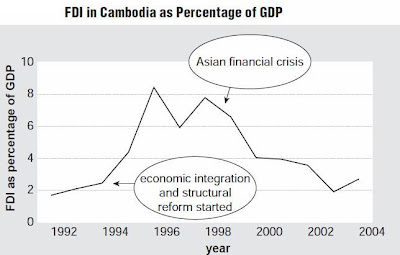 -went two periods of liberalization: mid-1980 to mid-1990 focused on textiles and apparel sectors and after mid-1990s it diversified to heavy industries (metal products and machinery and chemical industries)

-wage in apparel sector is 8.3 percent higher than average wage

-apparel exports made up 60 percent of total exports; 2/3 exported to the US

-wage in apparel sector is 21 percent higher than average wage

-the end of MFA has deteriorated wages and exports sector

-wages in apparel sector is 7.2 percent higher than normal wages

-end of MFA coincided with decline in FDI and wages 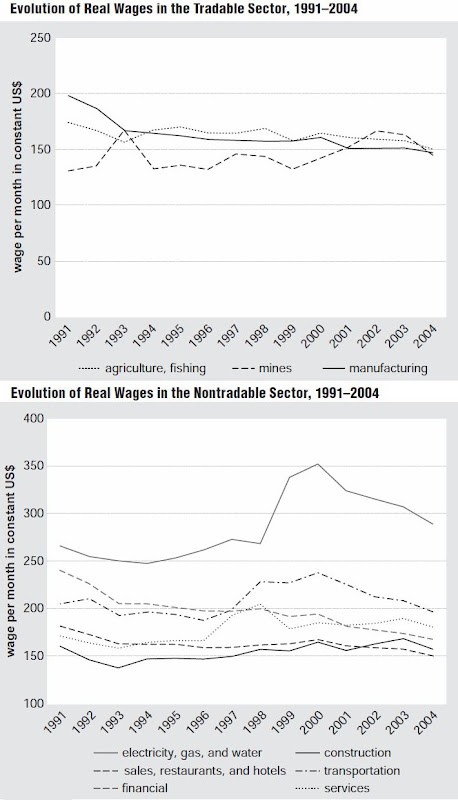 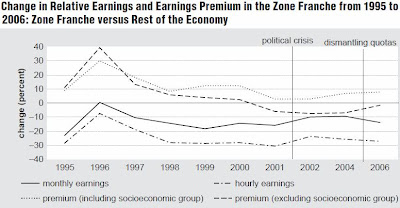 Globalization has increased FDI in countries and improved export opportunities with the potential for rising wages and more employment. It has also changed the structure of economies, particularly in the developing countries. The authors argue that the influx of exports-focused FDI was positively correlated with wage premiums and working conditions, as employment in agriculture fell and apparel employment increased. Also, FDI that produces for the domestic market has different effects than FDI that produces for export. See the figure below: 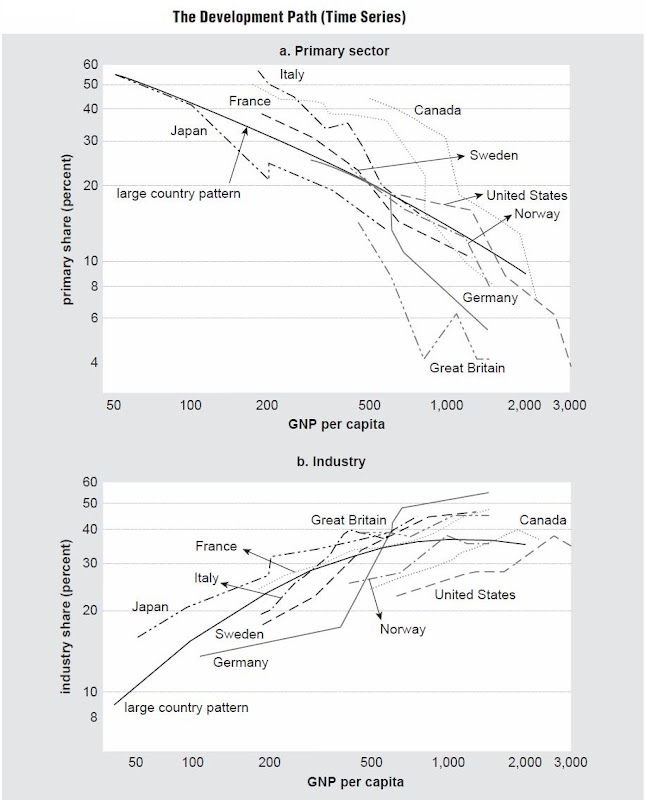 The barometer for success of globalization should not just be increase in trade volume but also the number and quality of jobs created. This will have an impact on poverty reduction as well.While in developed countries, working conditions are generally better, it cannot be safely assumed the same in the developing countries. The authors argue that working conditions are positively related to wages.

The relationship between globalization and its implications for wages and working conditions in developing countries is not straight forward-- it depends on many factors. These factors include:

-Governments may impose specific regulations on firms that benefit from trade liberalization. For instance, the commitment of Cambodia to ensure good working conditions in firms that operated under the MFA.

-The action of national interest groups can influence the impact of globalization. For instance, anti-sweatshop activists waging a campaign for better working conditions and fair wages. It is interesting to note that, in Indonesia, the factories that were forced to raise wages as a consequence of government action and anti-sweatshop agitation were able to do so without cutting employment or production.

-A set of labor market inefficiencies may be in place and be aggravated by increased globalization. For instance, the factors that undermine bargaining power of workers in relation to factory managers--young, female, poorly educated or illiterate workers; workers migrating to urban areas may not have experience beyond the barter economy; over supply of labors makers it harder to negotiate better wage and working conditions; frequent economic downturns might wipe out gains made during good economic times.

Posted by Chandan Sapkota at 12:34 PM No comments: