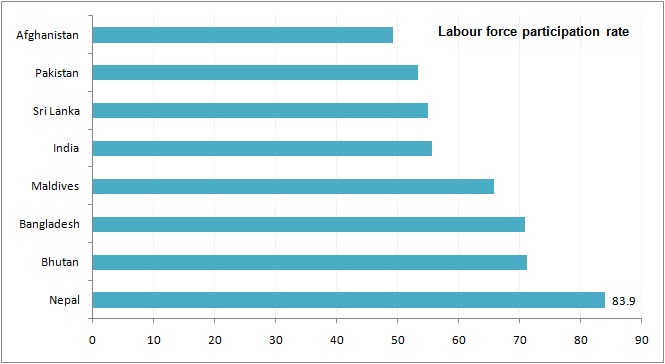 The labor force participation rate is a measure of the proportion of a country's working-age population that engages actively in the labor market, either by working or looking for work. It provides an indication of the relative size of the supply of labor available to engage in the production of goods and services. The data are based on ILO estimates based on previous year surveys (except for India and Sri Lanka, for which reported data by governments is used). 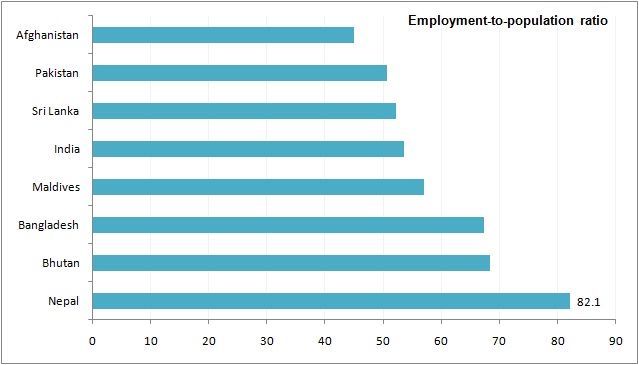 [I checked on the source based on which the estimates were made. In Nepal’s case, the sources are Census 2001, NLSS 2003/04 and NLFS 2008. These are dated surveys now. I think the figures would be a little bit different if the latest surveys (NLSS III and Census 2011) are used to estimate the employment and employed status.]

Posted by Chandan Sapkota at 10:22 AM No comments: