Devarajan and Goldstein discuss how economics can be used to fight AIDS. Economics matters because it involves allocating scarce resources to multiple uses in the fight against AIDS.

Noting that earlier work on the economic impact of AIDS, which treated it as a shock to labor supply, showed only mild effects, we pointed to recent work that examined the effects on the transmission of human capital across generations (parents’ providing for their children’s education, for example), which showed much larger effects on economic growth—including the possibility of an economic collapse in three or four generations. 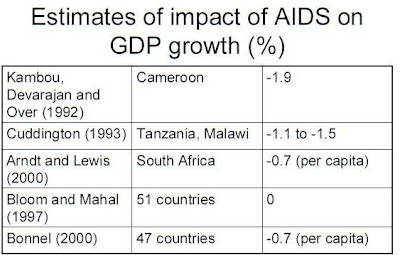 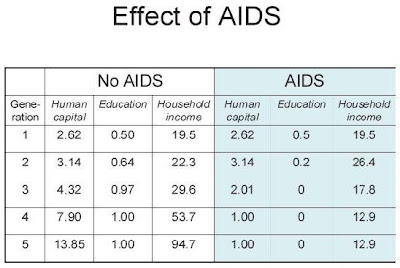 More here. One interesting stuff they discuss is the outcome of various policy interventions in the fight against AIDS. Training program for teachers in Kenya was the most expensive among all the interventions but it produced no significant reduction in teen pregnancy. However, information campaigns for Kenyan teenagers to learn about high HIV prevalence among adult males was the least expensive and it produced 32% drop in teen pregnancies.