Initial analysis of the economic impact of the Nepal earthquake

This blog piece is cross-posted on Asian Development Blog. Here is my earlier reflection on the Great Earthquake in Nepal.

Clearly the poorest in the country, with fewer resources to fall back on, will suffer the most from the disaster in a country where 25% of the population lives below the poverty line.

The 7.8 magnitude earthquake that rocked Nepal on 25 April and the many subsequent aftershocks have imposed a huge human and economic toll on the country, with over 5,000 deaths and some 11,000 injured. Millions of people have been affected in other ways.

Roads, bridges, water supplies, schools, hospitals, and homes in the main cities and in rural areas across more than two-thirds of Nepal’s 75 districts have suffered damage. Major roads to neighboring countries still seem usable though.

Estimating the exact economic cost will be an ongoing process, but these are our initial thoughts. 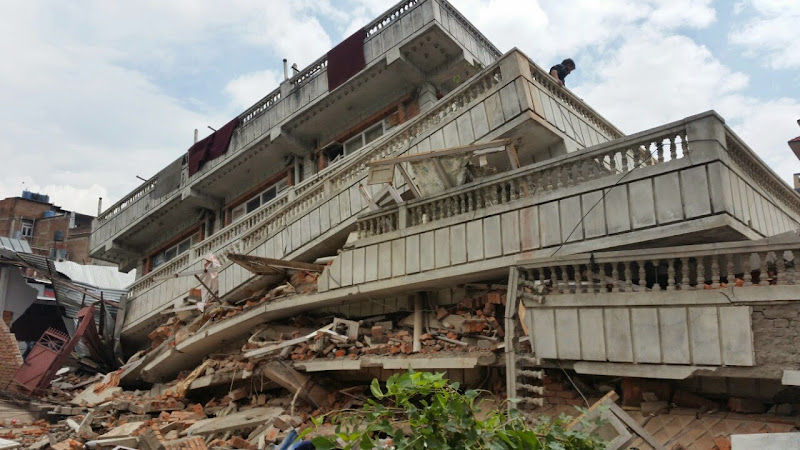 Economic growth. Nepal’s economy grew by an estimated 5.2% in fiscal year (FY) 2014 (ending 15 July 2014), its highest rate since the global recession. Production activities, especially in the service sector, have been severely disrupted by the earthquake mainly due to damage to physical infrastructure and distribution networks. Travel and tourism is likely to be badly hit with most key hotels shutting down for the coming few weeks in order to examine the structural integrity of their buildings. Although this sector’s direct and indirect contribution was only about 9% of gross domestic product (GDP) in FY2014, it is one of the fastest-growing sectors and has significant backward and forward linkages in terms of employment and production. Hence, the impact of the likely drop-off in tourism will be significant. In addition, banks and financial institutions are only partially operating, which will restrict the credit supply to businesses and households. In March, ADB had projected 4.6% growth for FY2015. We now estimate that the growth rate will decline to 4.2%. If the supply-side disruptions intensify in the coming weeks, then the growth forecast may be further downgraded to somewhere between 3% and 3.5%. Meanwhile, GDP growth is expected to rebound strongly in FY2016 given that a forecast of a better monsoon than in FY2015 should boost agricultural output and the anticipated accelerated expenditure on rehabilitation and reconstruction should boost economic activities.

Inflation. In March, ADB projected inflation to moderate to 7.7% for FY2015, down from 9.1% in FY2014. However, due to supply side constraints following the earthquake, we now see it edging up to 8% in FY2015. Food inflation is expected to remain in double digits as a result of high prices of cereal grains and vegetables following to the earthquake. A shortage of fuel and higher transportation costs may also cause non-food inflation to edge upward. Inflation is expected to tick down to around 7.3% in FY2016 after the shortage of food and non-food items has eased.

Fiscal balance. In the short run, capital spending will be slow due to the significant disruption in labor and financial flows, and contract awards. The implementation and disbursement of some ADB projects may face delays for this same reason. In the medium term, a lot of reconstruction work will depend on government approvals and the pace of project implementation. Nepal’s fiscal situation has been manageable in recent years, even registering a surplus equivalent to 0.1% of GDP in FY2013. As in FY2014, the country is expected to run a small fiscal deficit in FY2015 and FY2016. The country can comfortably afford to run a moderate fiscal deficit to finance reconstruction projects, which will also serve to stimulate the economy.

Current account balance. Another impact of the earthquake could be seen on workers' remittances. Official remittance inflows are expected to increase immediately following the earthquake (expecting such trend starting the last month of FY2015 and mostly in FY2016). Potential migrant workers might defer travel and instead stay with family members; some workers working abroad might come back to take care of family matters. The net flow is harder to predict at the moment but net remittances are not expected to change drastically from the levels forecast in the Asian Development Outlook 2015 (ADO 2015), of about 25% of GDP. The current account has remained surplus since FY2012 and was about 4.7% of GDP in FY2014. In line with the ADO 2015, the current account surplus is still forecast to decrease to about 2.7% of GDP. This is largely due to the already decelerating official remittance inflows (and not expecting to change drastically except for the last month of FY2015 plus higher non-oil import bill that is widening trade deficit). Accordingly, the balance of payments surplus will also fall in FY2015. Foreign exchange reserves will continue to be enough to finance over 9 months of import of goods and services.

The immediate priorities for the government will be to:

Posted by Chandan Sapkota at 10:35 PM No comments: