The weak currency, which improved price competitiveness, modest pickup in production following the improvements in political situation, and strong external demand increased exports. In US dollar terms, merchandise exports (free on board [fob]) rebounded with a growth of 5.1%, up from a decline of 2.9% in FY2013. The country exported merchandise goods worth $1.03 billion, up from $981 million in FY2013. Overall, merchandise exports increased to 5.2% of GDP in FY2014 from 5.1% of GDP in FY2013. 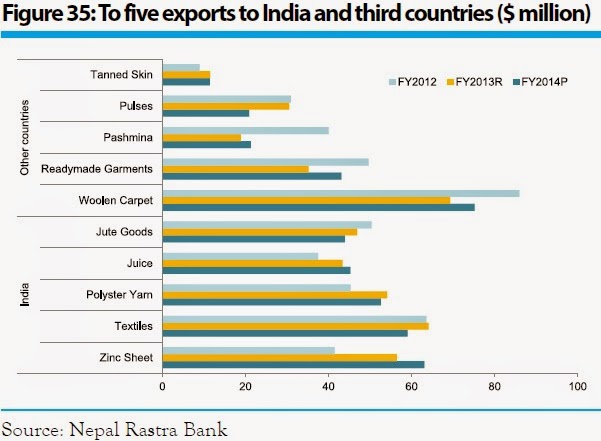 Merchandise imports (cost, insurance freight [cif]) in dollar terms grew by 13.9%, up from 10.9% growth rate in FY2013. Of the total imports of $7.1 billion, 19.1% was oil imports. In US dollar terms, this is equivalent to $1.4 billion, higher than the value of the country’s total merchandise exports. The high quantity of oil imported is mainly attributed to the rising demand for petroleum products as a result of the persistent and long hours of power cuts and the weak currency. Overall, merchandise imports increased to 36.1% of GDP in FY2014, up from 32.3% of GDP in FY2013. 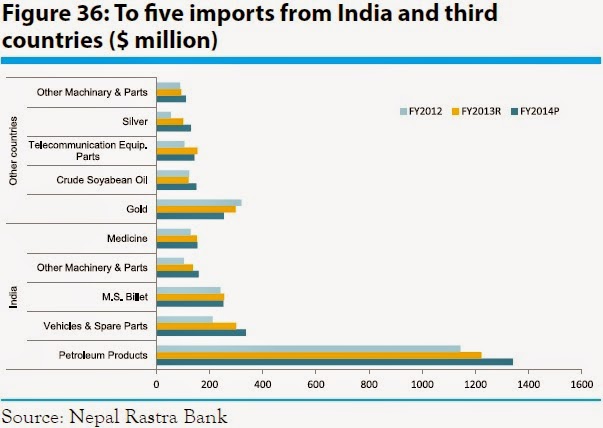 The large increase in the number of migrant workers and the incentives to remit more money back home as a result of the weak currency have boosted workers’ remittance inflows, which reached a record 28.2% of GDP in FY2014, equivalent to $5.5 billion (Figure 37). In US$ terms, remittance inflows grew by 11.9%, up from 11.3% growth in FY2013.[1] This follows a 16.4% growth of migrant workers (those who obtained permits form the Department of Foreign Employment). 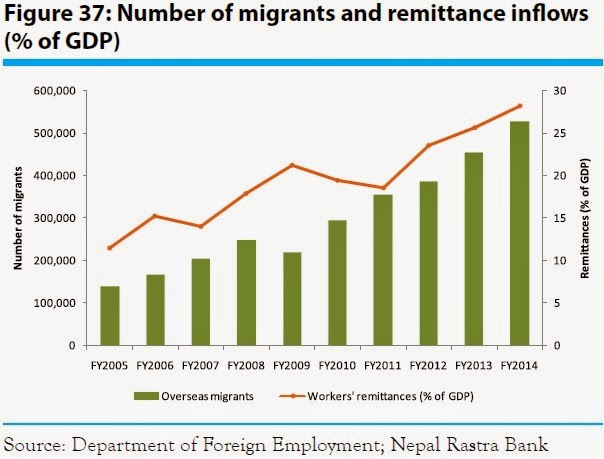 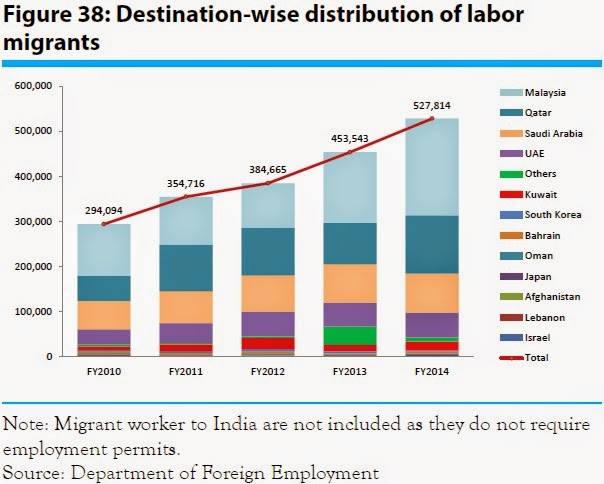 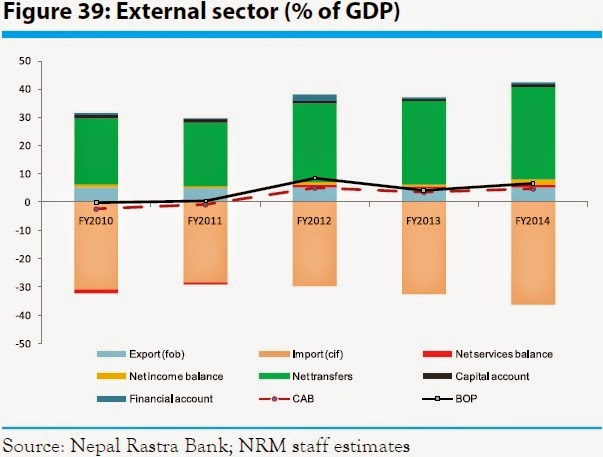 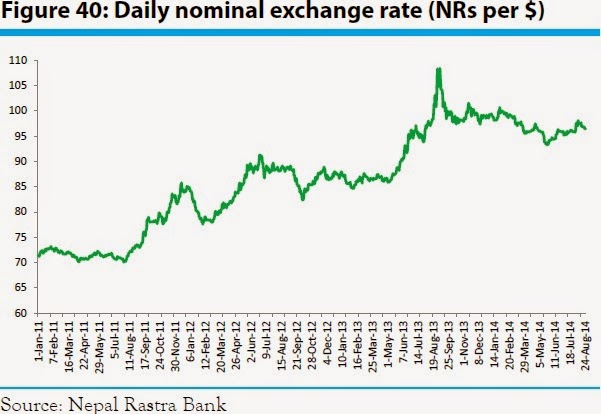 [2] Overall, the net goods, services and income balance was a negative 28.1% of GDP, which was offset by net transfers equivalent to 32.7% of GDP, resulting in current account surplus equivalent to 4.7% of GDP.

Posted by Chandan Sapkota at 8:56 PM No comments: