Doctors to the rescue in the forest… 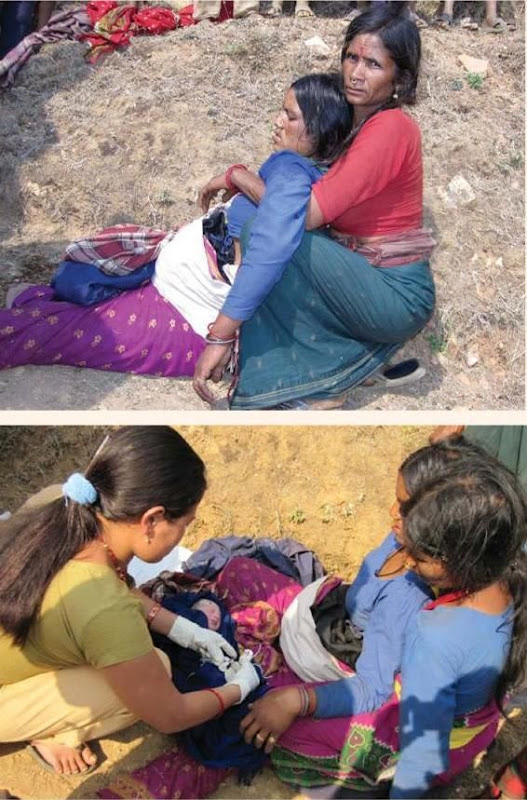 Caption: A combo picture of a 26-year old woman in labor pain while grazing goats at a forest in Kalikastan, Achham, Nepal, and giving birth to a baby. Locals say around 50 women deliver babies in a similar circumstance in the jungle. The nearest health post is 500 meters from the forest. Only 13.3 percent of the total pregnant women go to Kalikasthan district health center for delivery.

Posted by Chandan Sapkota at 10:52 AM No comments:

A three-year national plan for Nepal

The National Planning Commission (NPC) has come up with an investment plan to steer the economy at a moderate growth rate (5-6%) in the next three years beginning mid-July 2010.

Here are some of the details:

Few preliminary comments by just reading the news (I have not read the official document and looked at the estimates!):

Posted by Chandan Sapkota at 5:07 AM No comments: