Central Bureau of Statistics recently released annual household survey 2016/17, which is fifth in a series of quick surveys that looks at the state of consumption, demography and social services. It used to include employment module too, but is missing from the last two surveys (NLSS IV or NLFS III will cover them). Here is a blog post from 2014 on AHS I. 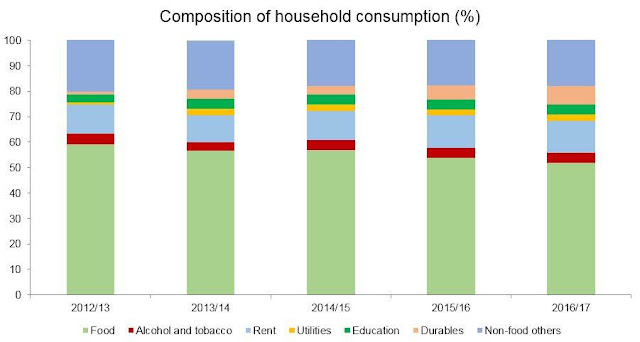 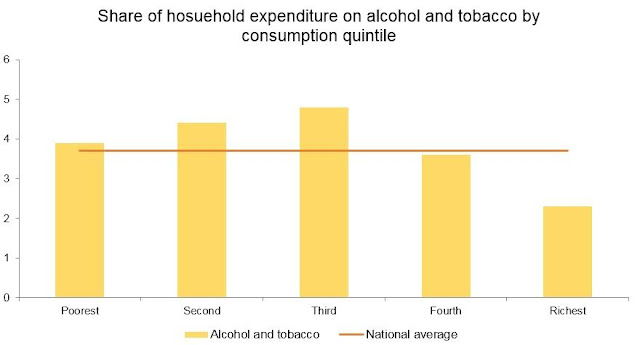 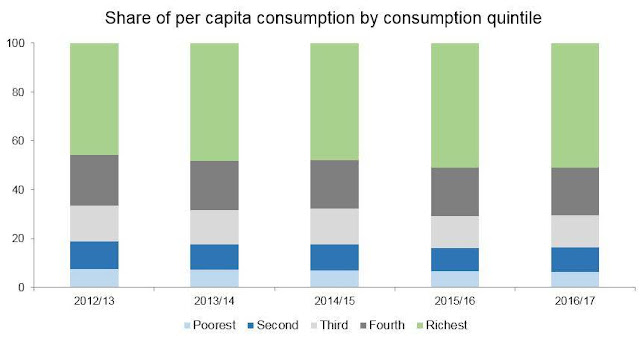 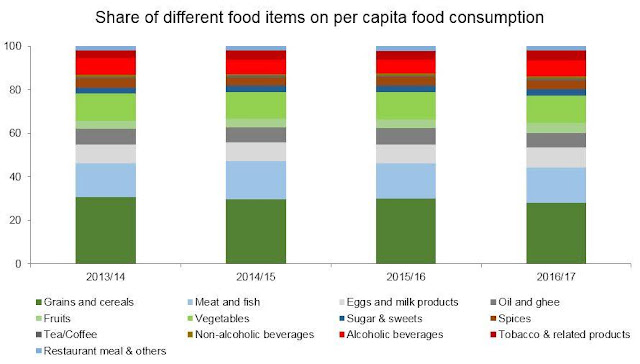 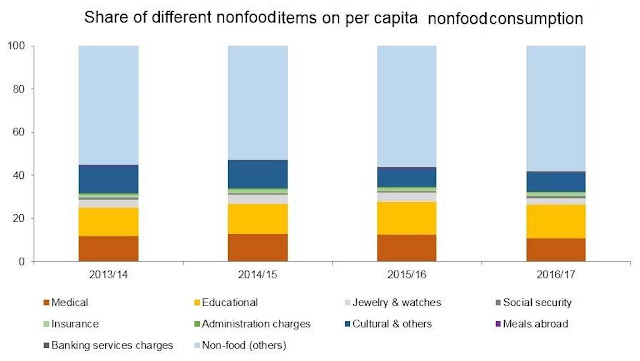 About 15% of the population had inadequate food consumption in 2016/17. The share of households with poor dietary diversity (four or fewer food groups consumed) has decreased from 10.5% immediately after the earthquake (2014/15) to 5.3% in 2016/17. The broad food groups are: Cereals, tubers & roots; pulses; vegetables; meat, fish & eggs; fruits; milk & dairy products; ghee, oil & butter; sugar, honey & sweets. The richer the households, the better their food consumption and dietary diversity.

Other interesting stats:
Posted by Chandan Sapkota at 3:02 PM 1 comment: