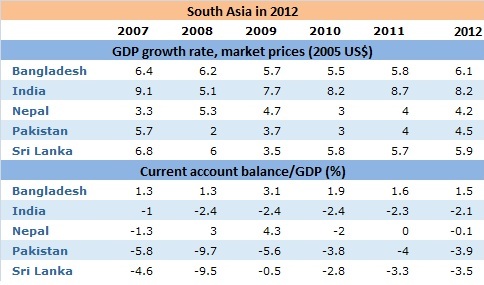 In 2012, Nepal will be around US$ 20 billion economy, (nominal GDP) with imports higher than exports. With population of 31 million, its per capita GDP is expected to be US$ 579. 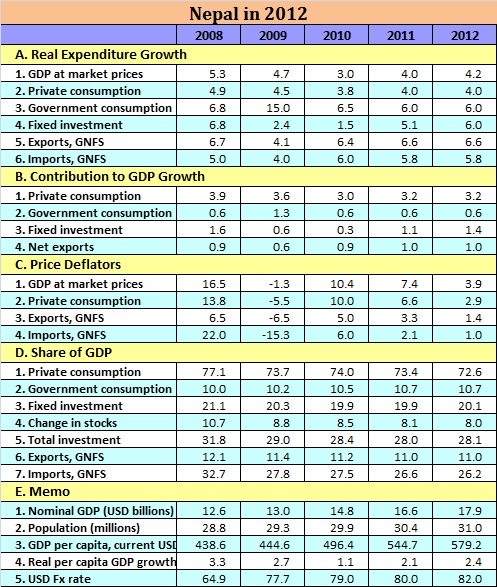 Posted by Chandan Sapkota at 9:10 PM No comments: