Capital spending has been persistently weak, with both planned and actual spending languishing far below what is required to close the infrastructure deficit, which has been estimated to require capital spending equal to between 8.2% and 11.8% of GDP per year until 2020. Raising the amount and quality of capital expenditure is one of the country’s most pressing challenges. Accelerated capital spending is needed to scale up infrastructure investments and thereby attract the private investment needed for Nepal to attain higher economic growth that is both sustainable and inclusive.

In its provision and quality of infrastructure, Nepal is rated one of the least competitive countries in the world, ranked 132 of 147. Disaggregating aspects of infrastructure, Nepal’s ranking on the quality of electricity supply is 136, on air transport infrastructure 129, and on roads 115. These dismal figures indicate that Nepal needs more and better investment to foster innovation, make the economy competitive, and enhance the efficiency of markets for goods, labor, and finance. Gross fixed capital investment has to be raised to at least 30% of GDP from the current 22% to support higher economic growth. Higher public capital spending is crucial, as it is the catalyst for private capital investment. 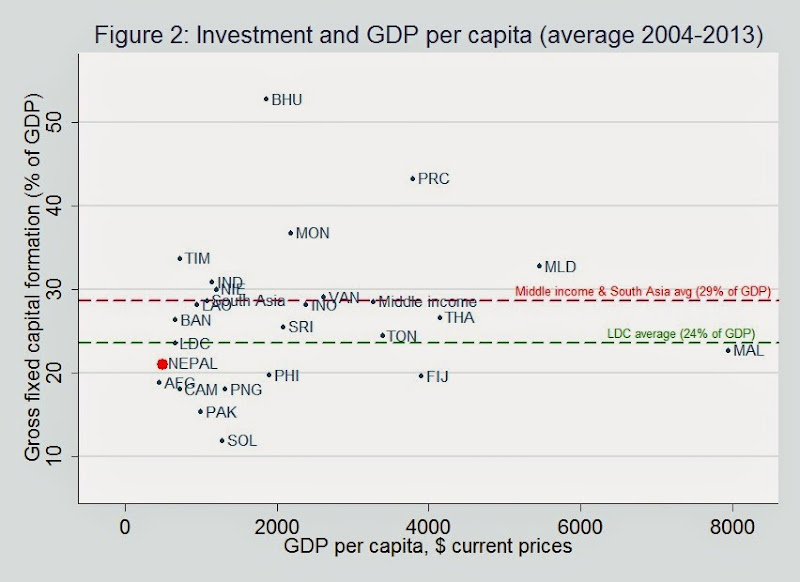 Capital spending comprises government spending on, among other things, land, buildings, furniture and fittings, civil works, vehicles, and plant and machinery. The average planned capital expenditure in the past 4 years was 5.6% of GDP, but actual spending averaged just 3.3%. Given Nepal’s huge infrastructure financing needs, budgeted capital spending is insufficient in itself to bridge the infrastructure deficit in such critical sectors as energy, transport, water supply and sanitation, irrigation, and telecommunications. The government’s recent commitment to meet certain infrastructure needs by developing public–private partnerships is an encouraging sign that the gap can be closed. A worrying observation, though, is that project spending has averaged only 71% of budgeted allocations in the past decade, indicating that the government is unable to fully disburse allocated funds on time. 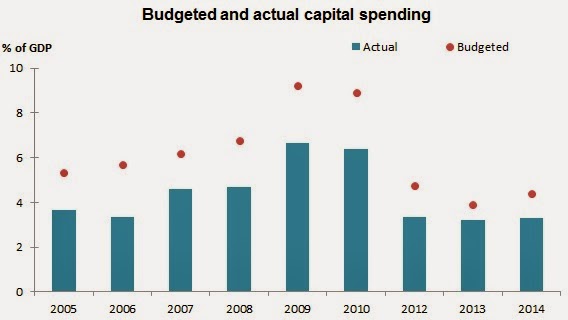 Efficient budget execution has been hampered by bureaucratic hassles over project approval and by such structural issues as the limited capacity of line ministries to prepare a pipeline of projects ready to implement. That projects are included in the budget despite lack of readiness has left large sums of money unspent at the end of each fiscal year. A project will face many problems in execution if it is launched without detailed design, clarity about land acquisition, project offices properly established and staffed with the required personnel, and detailed procurement plans. Further, delays affecting government ministries’ project approval and budget release, and inherent weaknesses in procurement processes, and contractors’ capacity and construction management, have hobbled implementation. Finally, the desired acceleration of capital spending has been hampered by political interference and by frequent staff turnover that weaken project planning and implementation capacity. 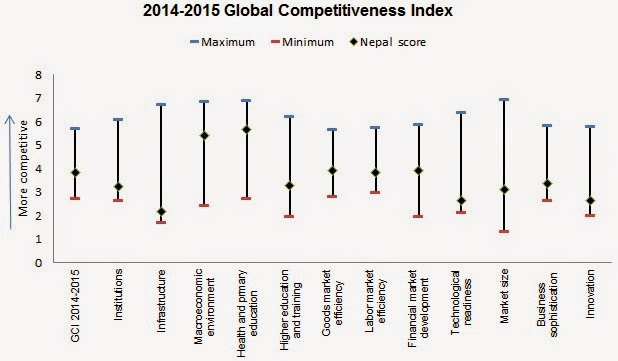 The government recently reached a number of decisions to tackle these challenges. It resolved to abolish or shorten some of the processes required for project approval at the National Planning Commission, require the advance submission of procurement plans for projects seeking approval, and provide better mechanisms for planning and monitoring projects to troubleshoot in a more effective and timely way critical issues that slow project implementation. The government is amending the existing Public Procurement Act to remove legislative hurdles for accelerated project implementation. Essential to boosting the quality and quantity of capital spending are prudent public finance management, better interministerial coordination, the elimination of political interference, better qualified and lower turnover of staff for project offices, careful planning and preparation, sound construction management, and more diligent project monitoring.

Posted by Chandan Sapkota at 11:43 AM