The Chinese government frequently threatens that meetings between its trading partners’ officials and the Dalai Lama will be met with animosity and ultimately harm trade ties with China. We run a gravity model of exports to China from 159 partner countries between 1991 and 2008 to test to which extent bilateral tensions affect trade with autocratic China. In order to account for the potential endogeneity of meetings with the Dalai Lama, the number of Tibet Support Groups and the travel pattern of the Tibetan leader are used as instruments. Our empirical results support the idea that countries officially receiving the Dalai Lama at the highest political level are punished through a reduction of their exports to China. However, this ‘Dalai Lama Effect’ is only observed for the Hu Jintao era and not for earlier periods. Furthermore, we find that this effect is mainly driven by reduced exports of machinery and transport equipment and that it disappears two years after a meeting took place.

So, China punishes countries if their high level officials meet the Dalai Lama! 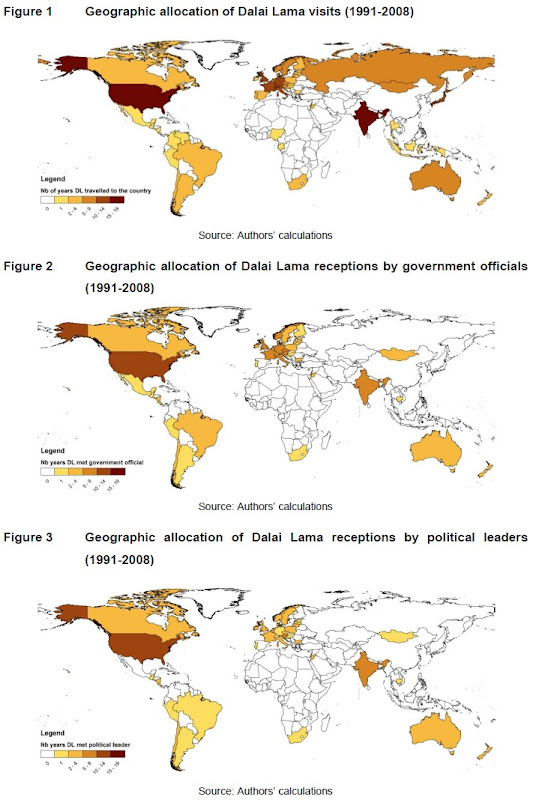 Posted by Chandan Sapkota at 5:23 PM No comments: