China’s GDP growth rate has always been higher than that of Nepal’s. Since 2002 Indian growth rate started rising higher, but Nepal’s declined and then stayed below 5%. (Source: WDI)

GDP per capita of China and India is rising very fast. But, Nepal’s is pretty much stagnant (or rising at a very slow pace). (Source: WDI) 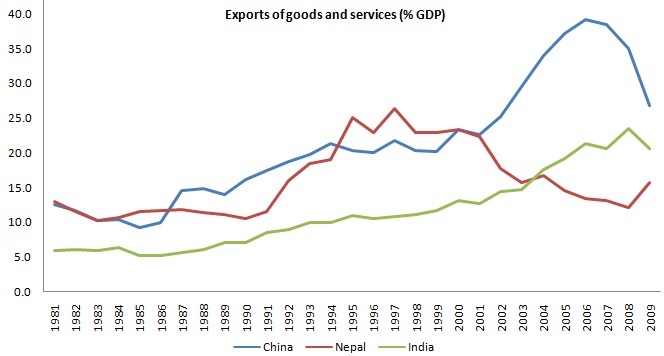 Since 1997 exports of goods and services (share of GDP) started to decline in the case of Nepal. Both China’s and India’s exports had been ever-increasing up until 2007, when the global financial crisis started and then followed by global economic crisis. China’s drop in exports was more pronounced than that of India’s after the economic crisis. Latest data show that exports of both the countries are picking up. (Source: WDI)

India is the most important exports destination for Nepalese exporters. Almost 64 percent of total merchandise goods are exported to India. Exports to both India and World declined after 2008. Exports to China is very low as of now. (Source: DOTS, IMF) 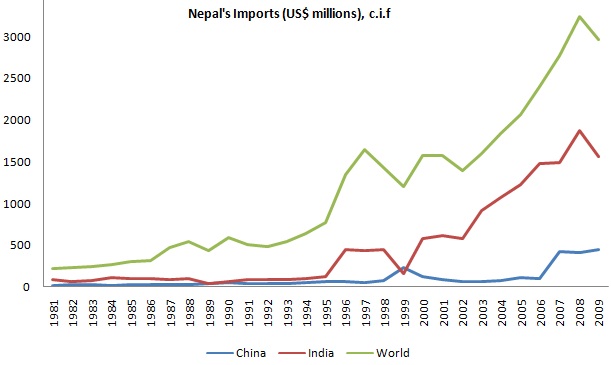 Imports from India accounts for almost 57 percent of total merchandise goods imports. Imports from China is picking up, thanks to cheap and competitive products. (Source: DOTS, IMF) 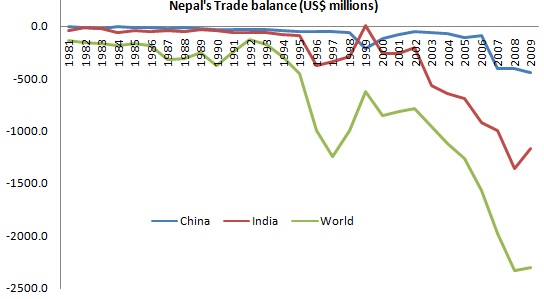 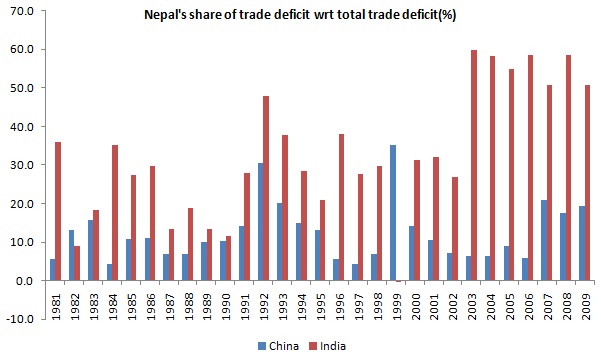