Jha, Bhattacharyya, Gaiha, & Shankar (2009) find that overall the size of landholdings is a negative predictor of participation in MGNREGA. A one standard deviation increase in landholdings (4.5 hectares) reduces the odds of MGNREGA participation by 1.3 fold (p.6). Specifically, they find a positive relation between size of landholdings and participation in Andhra Pradesh, and but the case is opposite in Rajasthan. They argue that program capture might be prevalent in Andhra Pradesh because of land inequality, political interference, and geographical remoteness.

Ghose (2011) finds that MGNREGS, despite problems in implementation, has succeeded in providing substantial additional wage employment to the rural poor at a wage no lower than what prevails. It has thereby increased money incomes for this group of workers quite significantly. Yet, the program has not made a significant contribution to reduction of rural poverty. The reason is food price inflation to which the program has ended up contributing. While the MGNREGS increased the demand for food, this was not met by an increase in the supply of food in the short run. Ghose finds that the increase in wage income of rural households attributable to MGNREGA was 22.2 percent in 2009-10, up from 7.4 percent in 2006-07 (p.5). 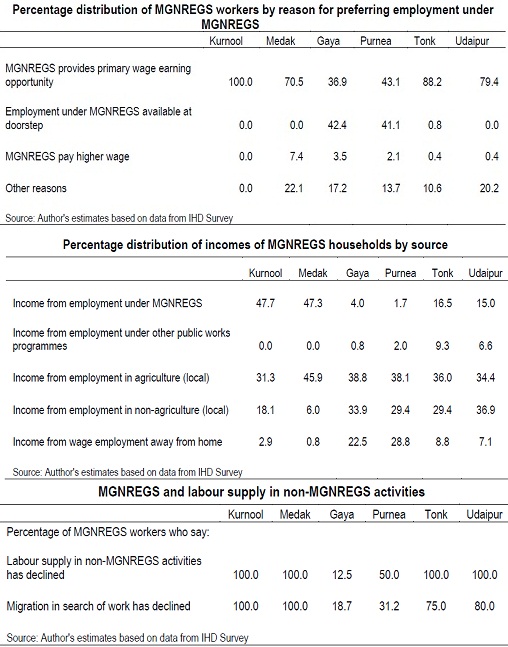 In a case study of Birghum district in West Bengal, Mukherjee & Ghosh (2009) find:

Dutta, Murgai, Ravallion, & van de Walle (2012) argue that poorer families tend to have more demand for work on the scheme, and that (despite the un-met demand) the self-targeting mechanism allows it to reach relatively poor families and backward castes. 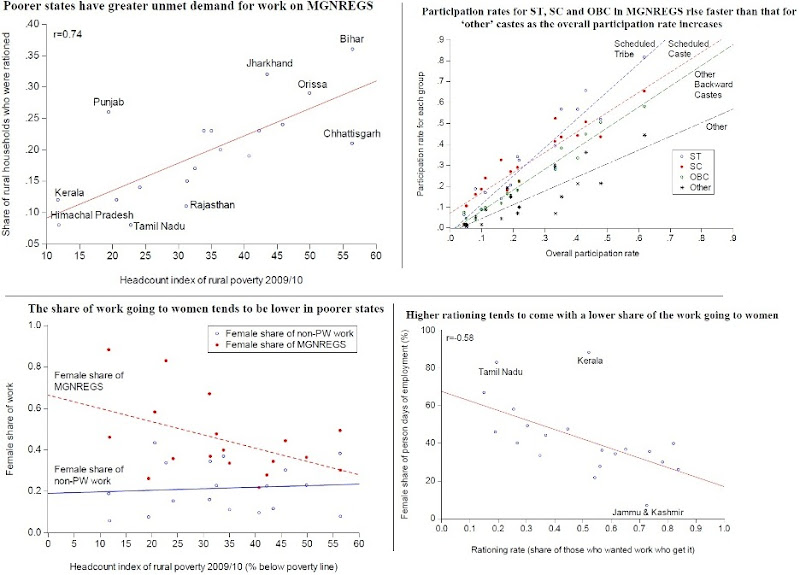 Posted by Chandan Sapkota at 11:25 AM No comments: