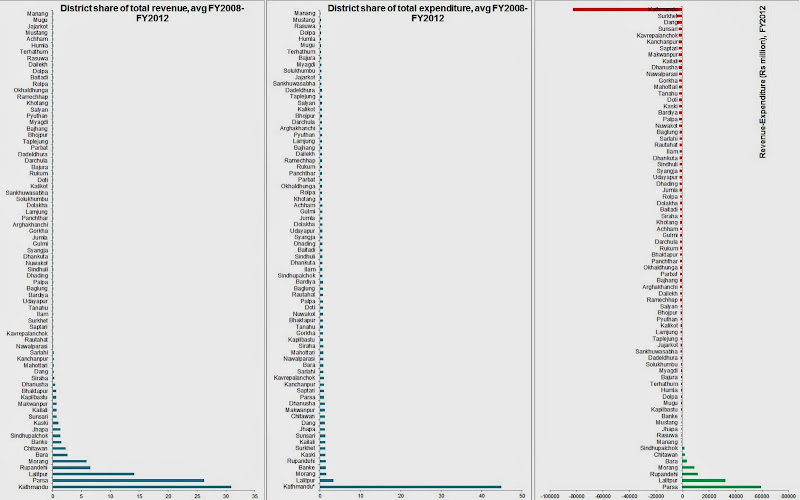 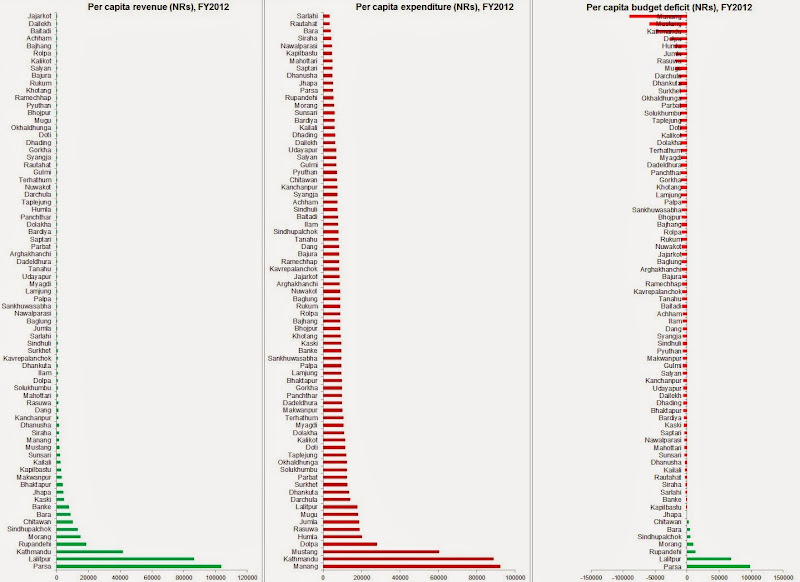 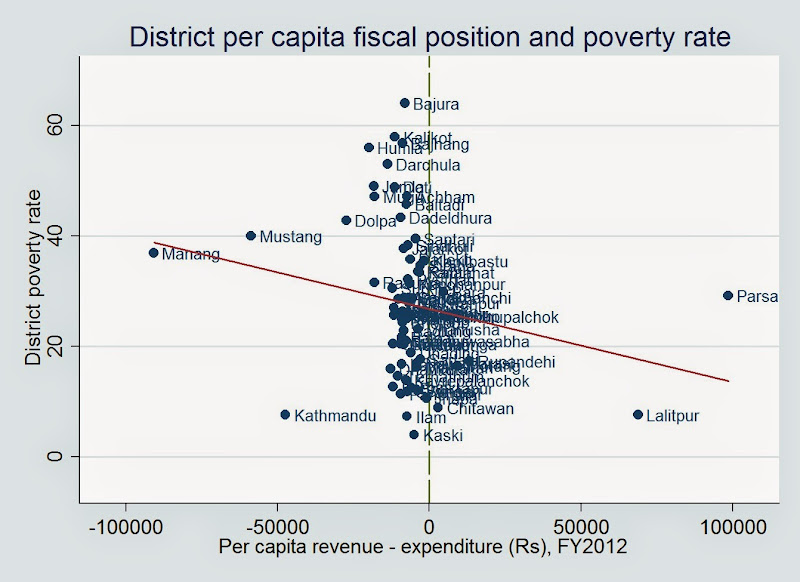 What about the relationship between district-wise per capita fiscal position and poverty rate? The basic idea is that technically districts with more fiscal space are able to spend more on the local development of physical and social infrastructures, thereby stimulating local economic activities and reducing poverty. In general, there seems to be an overall negative relationship, i.e. districts with relatively more fiscal space (in absolute terms, only seven districts had budget surplus) tend to have lower poverty rate. Now, the obvious outlier is Parsa. However, since most of the districts are having budget deficits for a long time, its impact on poverty rate might be lower (the other obvious candidates are remittances, wages, and provision of physical and social infrastructures, including social protection). The logic that relatively better fiscal space will mean lower poverty may not be as straight forward because of the severe constraint to higher absorption capacity and the lack of conducive investment climate, including energy and connectivity.


Though the proportion of expenditure in the remote districts in low, in terms of per capita expenditure (and also per capita district budget deficit), it is pretty high, indicating the high cost of delivering physical and social infrastructures in these regions. This necessitates connectivity, especially road, to reduce such costs and boost economic activities by enhancing competitiveness of niche products. Note that the districts do not have freedom to spend the revenue they mobilize. The districts recommend priority projects, which the NPC evaluates and gives a go-ahead for inclusion in the budget. The district-wise fiscal space argument is just for observation purpose.

Here is an earlier blog post on district-wise GDP and poverty.
Posted by Chandan Sapkota at 2:52 PM No comments: