The projected total revenue is Rs 429.5 billion, with 82.5% of it coming from tax revenue, 16.2% from foreign grants, and 1.3% from principal repayment. This leaves the government with Rs 87.7 billion of budget deficit, whose financing would come from foreign loans and domestic borrowing of 49.8% and 50.2%, respectively, of the deficit.

The table below provides income and expenditure snapshot of the FY2014 budget and the FY2013 revised estimate. Due to the lack of timely full budget and the inability to spend allocated money in time along with high revenue mobilization, there was net savings in FY2013.

Some macro related points to consider (for more, see Economic Survey 2013 as well): 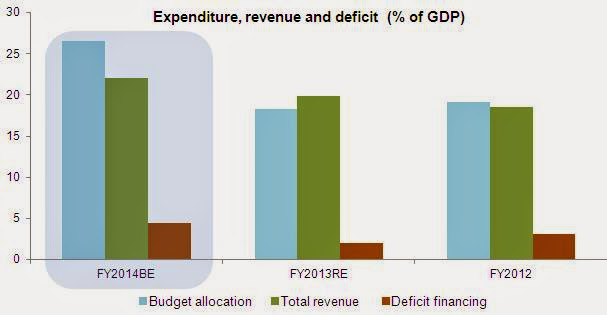 Note: FY2014 nominal GDP at producers’ prices assumed to be 14.7% (average of FY2012 and FY2013) higher than FY2013 provisional data. Revised estimate of revenue in FY2013 is higher than revised estimate of expenditure because of the inability of the government to spend the allocated budget in time, thanks to the lingering political uncertainties and delay in bringing out a timely and full budget. 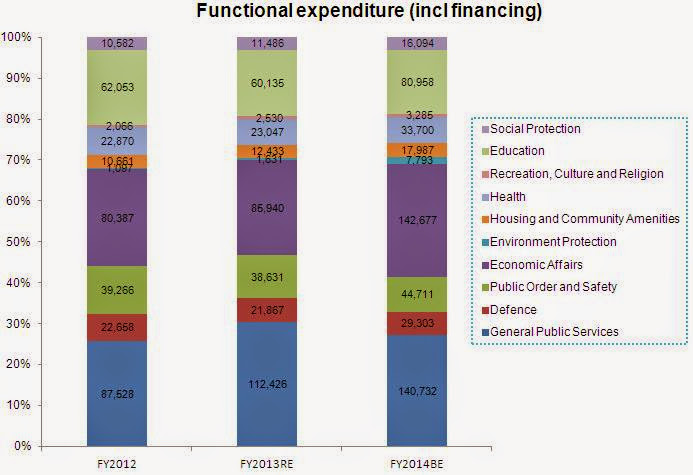 The blocks refer to the share of functional expenditure in total expenditure (including financing). The numbers (in Rs ‘000) is the amount of budget allocation or expenditure. 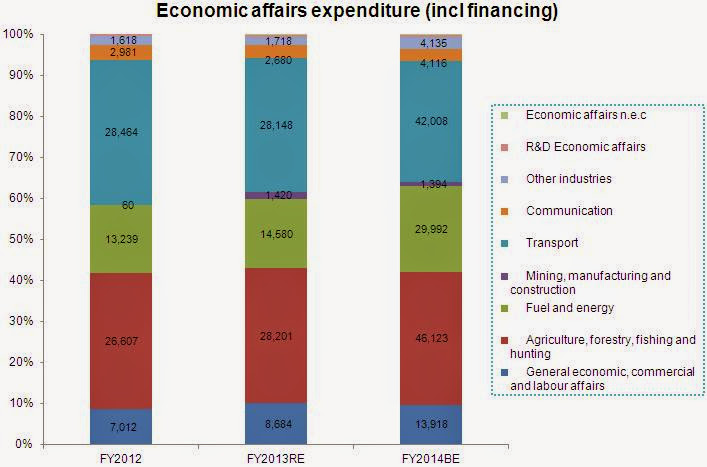 The blocks refer to the share of expenditure item in total economic affairs functional expenditure heading. The numbers (in Rs ‘000) is the amount of budget allocation or expenditure.

Posted by Chandan Sapkota at 10:30 PM No comments: