DSA 2014: Nepal is at low risk of debt distress

The latest IMF-IDA debt sustainability analysis (DSA) shows that Nepal faces a low risk of debt distress. In 2012 DSA, Nepal was categorized as facing moderate risk of debt distress. At the outset, the DSA is used mainly by multilateral development banks to determine if a low income country needs either concessional/soft loans only or grants only or a combination of both. They conduct country economic, social, policy and institutional reform and capacity assessments independently and the resulting composite score (threshold) is ultimately evaluated against the various debt scenarios/simulations and the corresponding debt distress classification. Now that Nepal has been categorized as facing low risk of debt distress, multilateral development banks might move to providing concessional/soft loans only (and the allocations/commitments may increase depending on the public expenditure performance of the country). 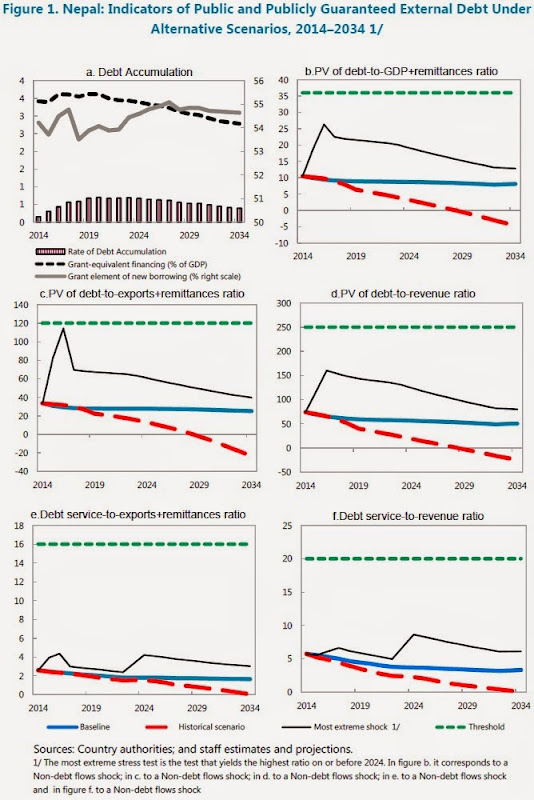 Nepal’s public debt is about 30% of GDP, almost half of the level held a decade ago. The low risk of debt distress is attributed mainly to the reduced estimates of the cost of a potential financial sector shock and the increase in the discount rate used (5% for all LIC DSAs). This was underpinned by prudent fiscal policy and low execution of capital expenditure budgets. The low debt distress also means that Nepal has plenty of room to boost capital expenditure (or fiscal space) despite running a modest fiscal deficit.

Highlights from the DSA July 2014: 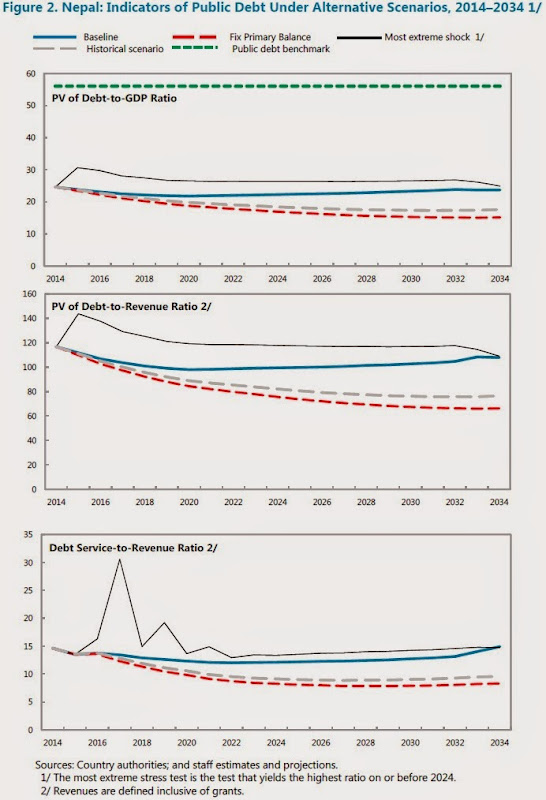 Posted by Chandan Sapkota at 10:41 AM No comments: