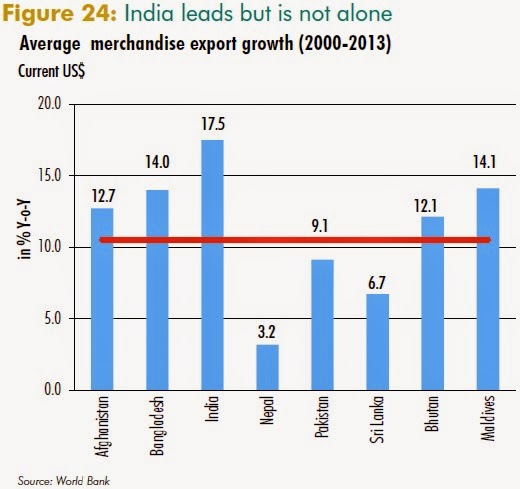 Nepal’s merchandise exports grew by just 3.2% over 2000-2013, the lowest in the region. India’s exports grew by 17.5%. Nepal clearly could not benefit from the increase in competitiveness as a result of depreciation of the currency. It raises few (mundane) issues: 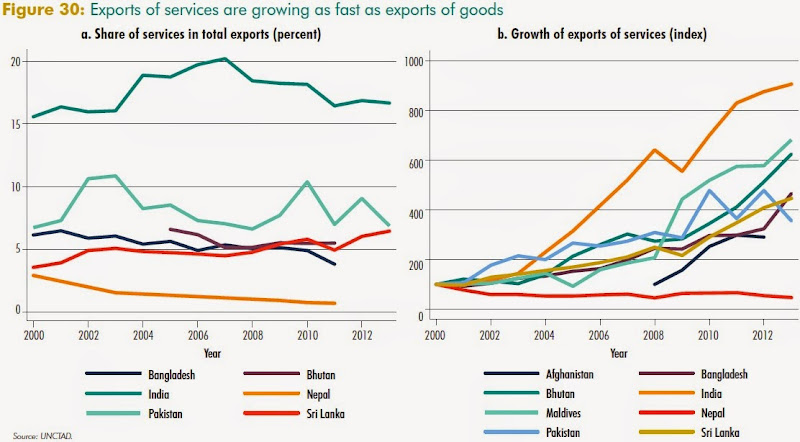 Another interesting part of the report is the analysis on Dutch disease, which is potentially seen in Afghanistan, Bhutan, Maldives, and Nepal— all due to the massive foreign exchange inflows that are relatively independent from international trade, resulting in appreciation of real effective exchange rate. An earlier paper on remittances and Dutch Disease is here (presentation slides here), which shows an appreciation of REER, growth in real wages and declining manufacturing sector. 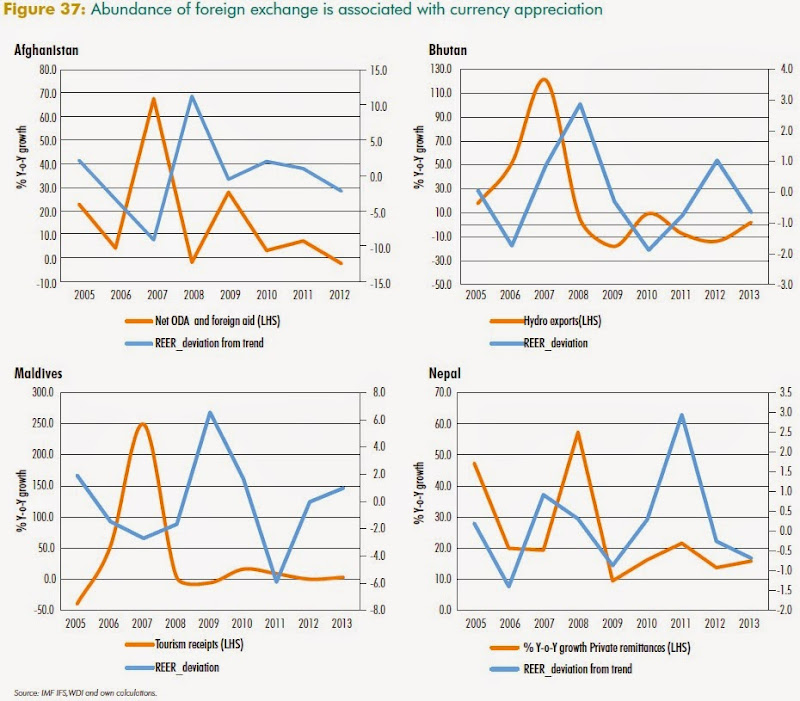