We explore the impact of elections on the quality of economic policy and governance in developing countries. We argue that not only do elections likely have a positive structural effect on economic policy, but they may also have a disruptive cyclical effect. Elections introduce frictions; they are periodic events, the timing of which may affect politicians’ incentives to reform. We also argue that achieving accountability in developing countries requires more than elections. When the quality of the electoral process is poor, elections simply do not create the structural effect we would expect.

An election that is not “free and fair” is a broken technology; it cannot be expected to hold governments accountable to citizens. Hence, the overall conclusion from our analysis is that the frequency and conduct of elections matter. Our results suggest that elections are a key instrument in achieving accountability. But elections fail to achieve accountability if they are infrequent or uncompetitive. 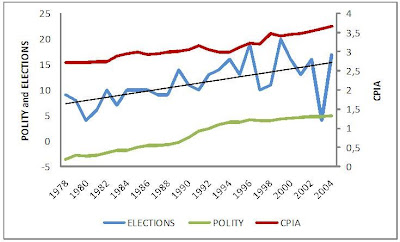 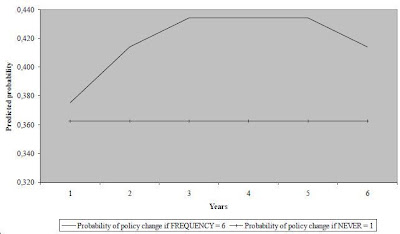 Posted by Chandan Sapkota at 4:44 AM No comments: