New publication from the World Bank: Development Economics: Through the decades. This book examines how World Development Report (WDR) in the past three decades has influenced development economics. Cannot find the online downloadable version.

Here is an interesting figure/summary of country’s transition to a high-growth path. 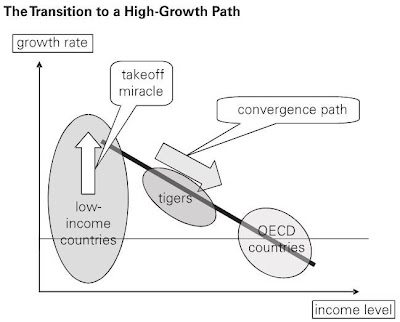 Here is Joe Stiglitz about the WDR:

Throughout the history, the WDR has played an active role in shaping thought and policy, both within the World Bank and in the wider development community.It was sometimes overly ambitious, hoping to be able to summarize in a few clear messages the received wisdom on a key aspect of development. The world is too often too complicated for that to be done. When the WDR did so, it risked reemphasizing the obvious or what was well accepted, or conducting the discussion as such a high level of abstraction as to be of limited use. Occasionally, it became the publication vehicle for official doctrines- a summary of beliefs of the moment.Even here, it served a hopeful role, at least for students of evolution of economic thought, for they could see how thinking about development evolved over the years.

But to me, at least, its greatest contributions occurred when it helped to frame controversial issues, when it pushed the boundaries of thinking, when it opened up new frontiers- thinking about issues that had previously received too little attention- when it sparked a global debate. In those cases, the WDR’s effect was not only immediate, but also likely to be long lasting.

Posted by Chandan Sapkota at 4:22 AM No comments:

The impact of global financial crisis on Sub-Saharan Africa

Three decades of growth and economic perils on China’s path

VAT and enforcement with an informal sector 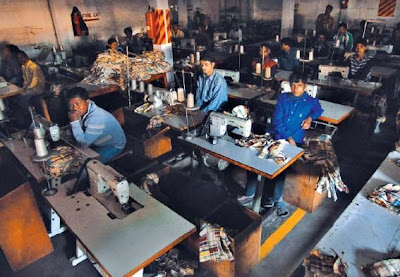 Posted by Chandan Sapkota at 4:19 AM No comments: