[This blog post is adapted from Nepal’s Macroeconomic Update, August 2013, published by the ADB. Here is a previous blog post on real sector, fiscal sector and monetary sector.]

Export performance has continued to be sluggish. Merchandise exports (fob) registered a decline of 2.9% in FY2013 in US dollar terms, down from a growth of 6% in FY2012.[1] Exports in FY2013 totaled $981 million, down from $1 billion in FY2012, reflecting weak export demand as well as the continued decline in competitiveness arising from the rising costs of production, power shortages, and political uncertainties. Overall, merchandise exports declined to 5.1% of GDP in FY2013 from 5.3% of GDP in FY2012. 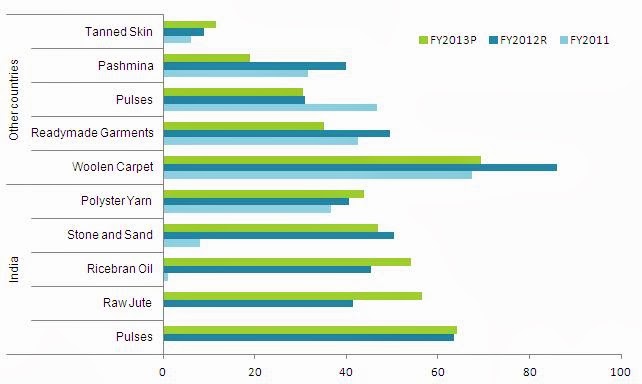 Merchandise imports (cif) in dollar terms grew by 10.8%, up from 4.5% in FY2012. Of the total imports of $6.2 billion in FY2013, 19.6% was oil imports. In US dollar terms this is equivalent to $1.2 billion, higher than value of the country’s total exports. In FY2012, oil imports accounted for 20.3% of total imports. The high quantity of oil imports reflects the rising demand for petroleum products largely due to the persistent and long hours of power cuts and the depreciating Nepali rupee. Overall, merchandise imports increased to 32.2% of GDP in FY2013 from 29.6% of GDP in FY2012. 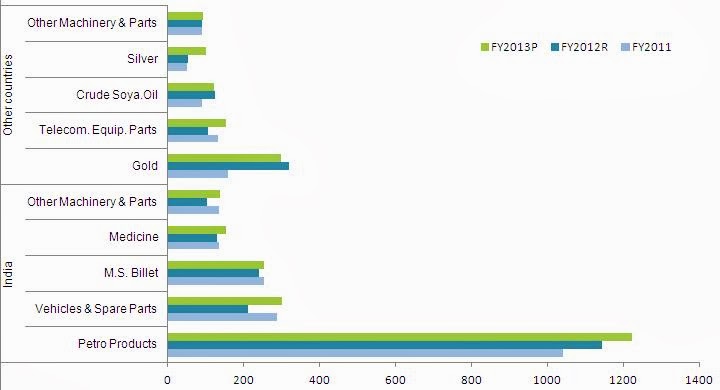 Remittance income has continued to grow with increased labor migration reaching $4.9 billion (25.5% of GDP) in FY2013, from $ 4.4 billion (23.4% of GDP) in FY2012. Growth of labor migration (those who obtained permits from the Department of Foreign Employment) was 17.9%, higher than the 8.4% growth in FY2012. However, remittance inflow growth decelerated to 11.3% from 26.6% in FY2012. The country received $4.9 billion in workers’ remittances in FY2013, up from $4.4 billion in FY2012. Despite the growth of migrants, the growth of remittance inflows declined partly because: (i) the relatively high wage offering countries such as South Korea and Japan slashed demand for Nepali workers by 24.8% and 17.1%, respectively; and (ii) the demand for Nepali workers in Israel, Lebanon, Afghanistan, Bahrain and Qatar, among others, also fell.

Figure 3: Remittances (% of GDP) and number of labor migrants 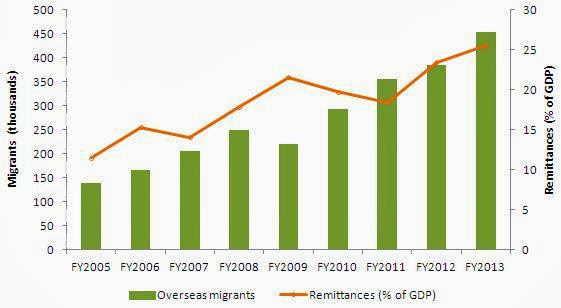 A total of 453,543 migrants left to work overseas in FY2013 (daily average of 1,243 migrants), up from 384,665 in FY2012 (daily average of 1,054 migrants). Malaysia, Qatar, Saudi Arabia and the United Arab Emirates have remained the top destinations for Nepali migrants. These destinations combined account for over 85% of total overseas labor migration (Figure 32). As a share of total migration, labor migrants to Malaysia increased from 25.6% in FY2012 to 34.6% in FY2013, largely because of the relatively attractive pay packages offered by Malaysian companies, especially in the industrial and plantation sectors. Consequently, the growth of remittance inflows is expected to be higher in FY2014.[2] In FY2013, the surge in workers’ migration to Malaysia and other countries more than offset the decline in the number of migrants to the countries listed above. 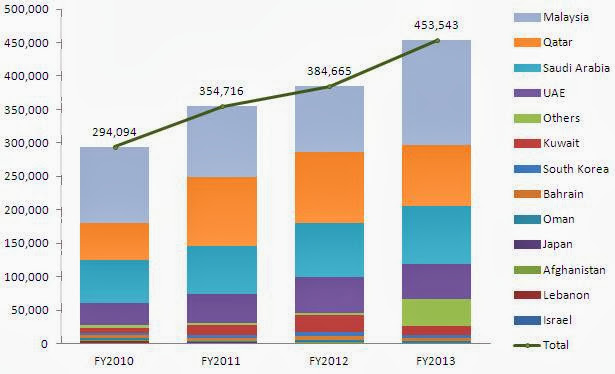 Note: Migrants to India are not included as they do not require employment permits.

The concerns over the economic slowdown in India, its large current account deficit, and the continued economic woes in the Euro Zone along with concerns over the curbing of quantitative easing by the US Federal Reserve Bank have triggered the weakening of the Indian rupee. The NRB has little traction on exchange rate movements. The sharp depreciation of the Nepali rupee has a number important macroeconomic implications: (i) weaker financial health of Nepal Oil Corporation due the persistent gap between its import costs and selling price, (ii) increased overall import bill as Nepal’s imports are relatively price inelastic, leading to a wider trade deficit; (iii) increased inflation as higher import prices get reflected in retail prices; (iv) increase in Nepal Electricity Authority’s payments to independent power producers whose prices are denominated in foreign currency, and (v) increase in debt service payments. On the positive side, remittance inflows will increase as migrant workers will have more incentives to remit money back home.[3] Similarly, exports could rise to some extent (but subject to recovery of external demand and increase in domestic industrial capacity utilization, which stands at around 60%). 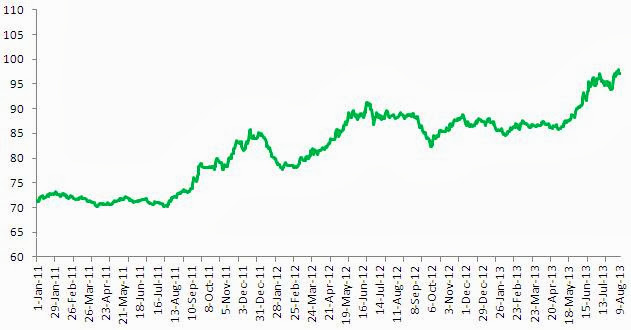 [3] It may be noted that almost 80% of remittances flowing to households is used for daily consumption and just 2.4% in capital formation.

Posted by Chandan Sapkota at 10:06 PM No comments:

Posted by Chandan Sapkota at 7:49 PM No comments: