An increase in both installed capacity and capacity utilisation is needed to reinvigorate the industrial sector.

The government is touting that the economy is on a solid footing with high growth prospects. It has set 8.5 percent growth target for the fiscal year 2019-20 (henceforth the fiscal year 2020) hoping that the slew of investment-related legislation passed in the last two years will help accelerate industrial output.

But the reality is that the industrial sector is hardly picking up, and the private sector is complaining of a sales slowdown, an inventory pileup, and difficulties in loan repayment. The economy is undergoing an industrial capacity glut owing to a rapid increase in installed capacity in a short period, but tepid output demand.

This is a result of the government’s failure to deliver on its promise of accelerated physical and social infrastructure development. Capital spending in the first half of the fiscal year 2020 is around 15 percent, which is lower than last year. Overall industrial output, especially manufacturing and construction, has been decelerating since the fiscal year 2017. Public fixed capital investment has also contracted. Even the import of intermediate or final capital goods is decreasing. Without improved budget execution, especially capital spending, the situation will likely get worse for the industrial sector. 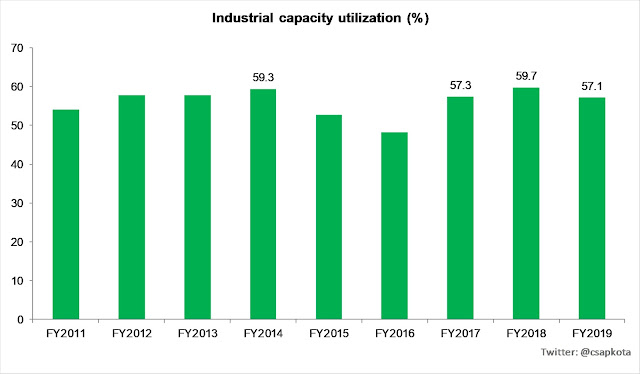 Insufficient demand for industrial goods, input constraints such as raw materials or electricity, and a drastic increase in installed capacity without a proportionate increase in market demand are some of the causes for low capacity utilisation. Although the availability of electricity to run machinery plants is not a significant constraint now, insufficient demand together with a drastic increase in installed capacity in a short period is leading to a low rate of industrial operation. Capacity utilisation of over 85 percent is considered to be optimal for industries in terms of cost of production and profitability. 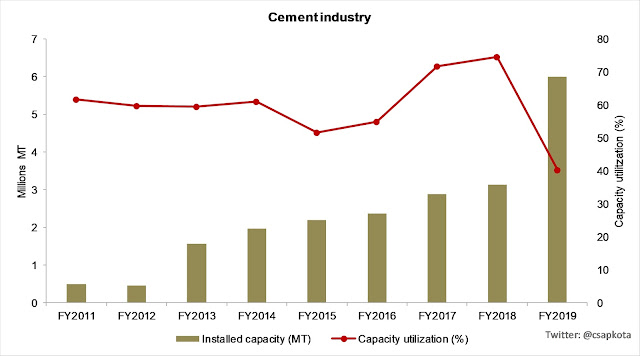 While installed capacity has increased drastically, capacity utilisation has not kept pace. For instance, the capacity utilisation of the cement sector has dropped dramatically to 40 percent from about three-quarters just two years ago. In fact, it is now at its lowest since comparable data started to become available.

This indicates a lack of or misplaced understanding of the pace and trajectory of reconstruction activities. Investors in sectors such as cement and iron were over-optimistic about the prospects in these sectors. They expected that a stable government with a strong political mandate would be able to accelerate capital spending. The banks and financial institutions also got swayed by the narrative of strong infrastructure-related demand due to temporary fiscal stimulus. They generously extended loans to cement and iron industries. Unfortunately, less than expected pickup in reconstruction activities meant that these industries were not able to increase production in line with the increase in installed capacity. 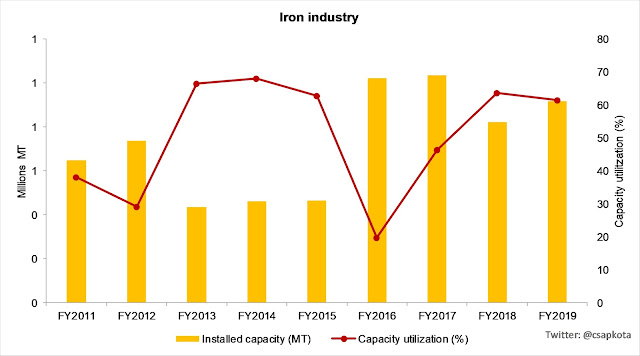 This aside, an interesting observation from the data is that installed beer production capacity increased by an average 171 percent annually after the fiscal year 2015—a tenfold increase in production capacity in a matter of four years. Capacity utilisation of the beer industry is almost cent percent.

The primary source of this is the inability of the government to fulfil its promises. Domestic investors got bullish when the government promised political stability and 10 per cent-plus growth within five years. They invested a large sum of money to either add capacity in existing establishments or establish newer ones. Banks also generously lent money to these investors, assuming that public infrastructure investment would accelerate. 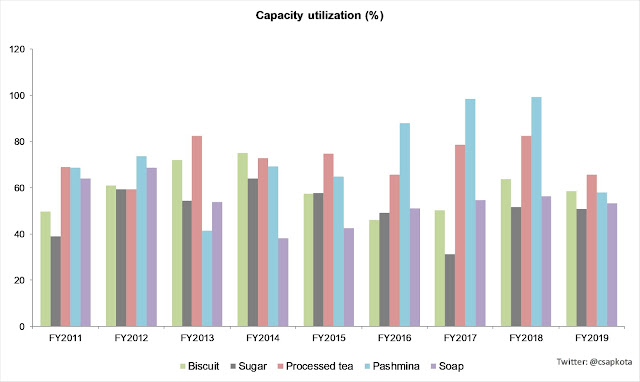