What drives sophistication of production and exports?

Anand, Mishra and Spatafora argue that “an educated workforce, external liberalization, and good information flows are important prerequisites for developing sophisticated goods and services”. The sad part is that the low income countries have been unable to enhance sophistication of manufactured and service exports, which would act as a “catalyst for broad-based economic growth”. The authors not only look at production and export of goods, but also services.

The whole concept of computing export sophistication comes from the idea that what a country produces and exports matters for growth and as countries become richer, they move to producing and exporting more sophisticated goods. The impact (knowledge spillovers, backward and forward linkages, and those that offer easier transition from production of one product to another) of production and exports of some products is greater than others. Sophistication comes from either increasing the quality of currently produced goods or from a move into new and more sophisticated products. It induces structural transformation. [Sophistication is measured based on whether the products exported by any given country are those typically exported by high-income or low-income economies.]

Three main points to take home from the paper:

The composition of Indian service export basket, and its sophistication, was similar to other countries at its income level in the early 1990s. But, it began changing after 2000 and the share of computer information services grew from 0 to 51 percent of total export basket by 2009. India is seeing a shift from traditional to modern activities (business and computer services) in its composition of service exports.

The study finds that a one standard deviation increase in the sophistication of goods or services is associated with a, respectively, 0.6 or 0.4 percentage points increase in the average annual growth rate. Or, if developing countries were to increase the sophistication of their goods or services to the levels observed in advanced economies, their per capita growth rate would increase by, respectively, 1.1 or 0.5 percentage points. The initial export sophistication of both goods and services is associated with subsequent output growth, even after controlling for financial development, human capital, and external liberalization. 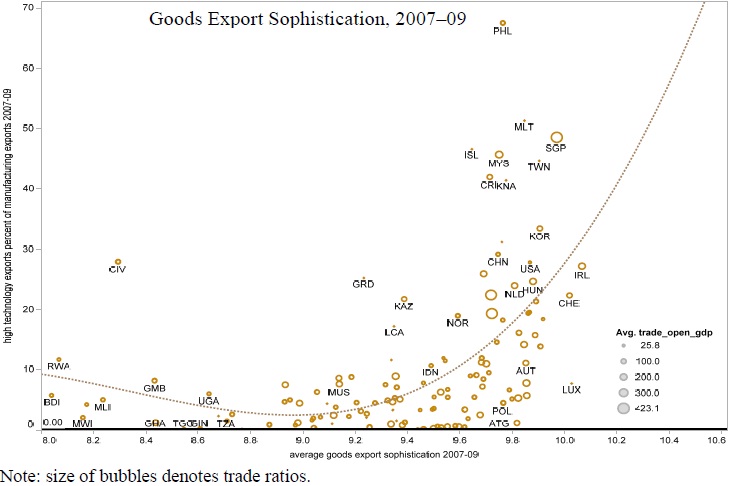 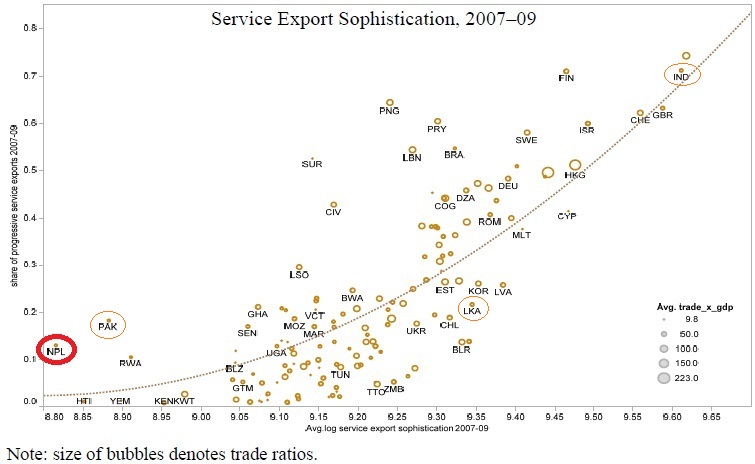 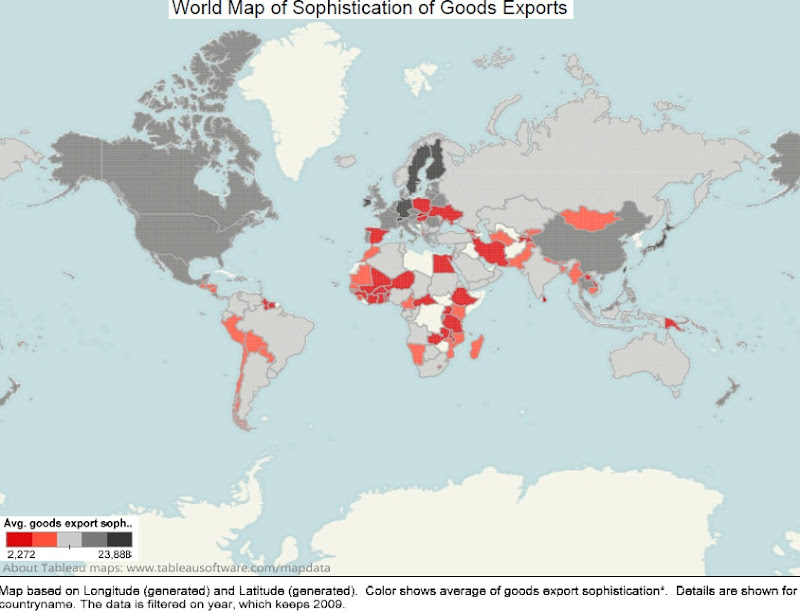 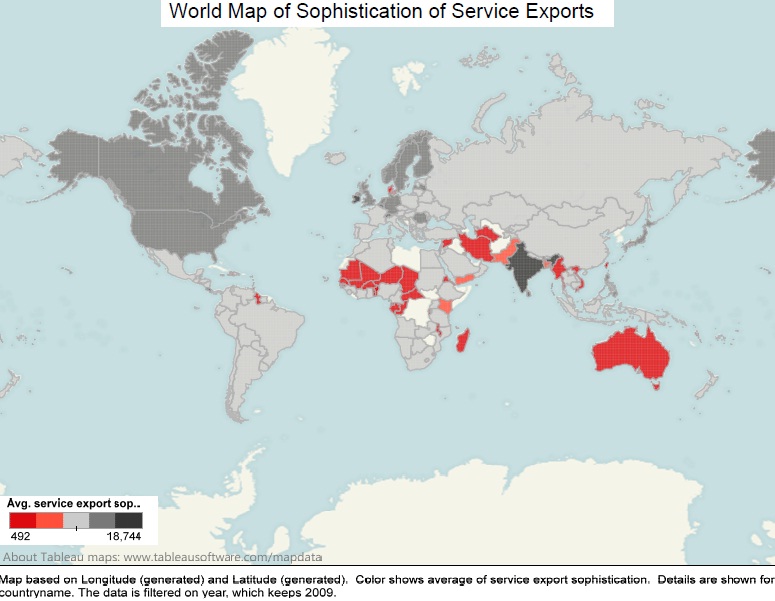 Posted by Chandan Sapkota at 12:31 PM No comments: