The latest Global Development Horizons, published by the World Bank, report titled ‘Capital for the Future: Saving and Investment in an Interdependent World’ projects developing countries’ share in global investment to triple by 2030 to three-fifths, from one-fifth in 2000. It states that improvements in institutional factors will co-evolve with ongoing regional and global integration of developing countries’ financial markets, rendering developing countries much more significant sources, destinations, and potentially also intermediaries, of global capital flows.

By 2030, half the global stock of capital, totaling $158 trillion (in 2010 dollars), will reside in the developing world, compared to less than one-third today. Also, the report estimates the developing world’s infrastructure financing needs at $14.6 trillion between now and 2030.

China and India will be the largest investors among developing countries, with the two countries combined representing 38 percent of the global gross investment in 2030, and they will account for almost half of all global manufacturing investment. 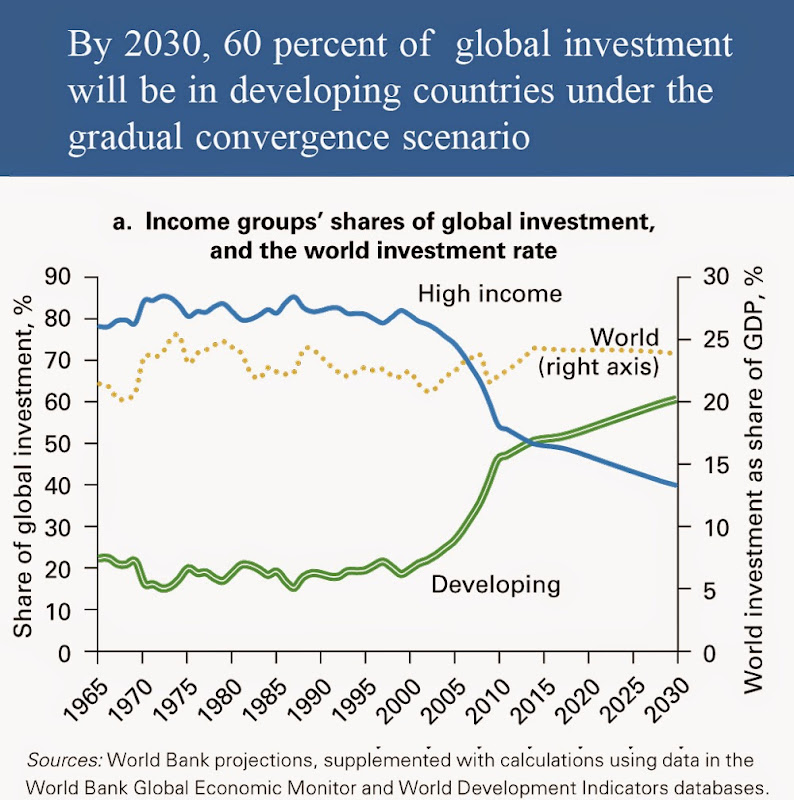 The report notes that productivity catch-up, increasing integration into global markets, sound macroeconomic policies, and improved education and health are helping speed growth and create massive investment opportunities, which, in turn, are spurring a shift in global economic weight to developing countries. It finds that: 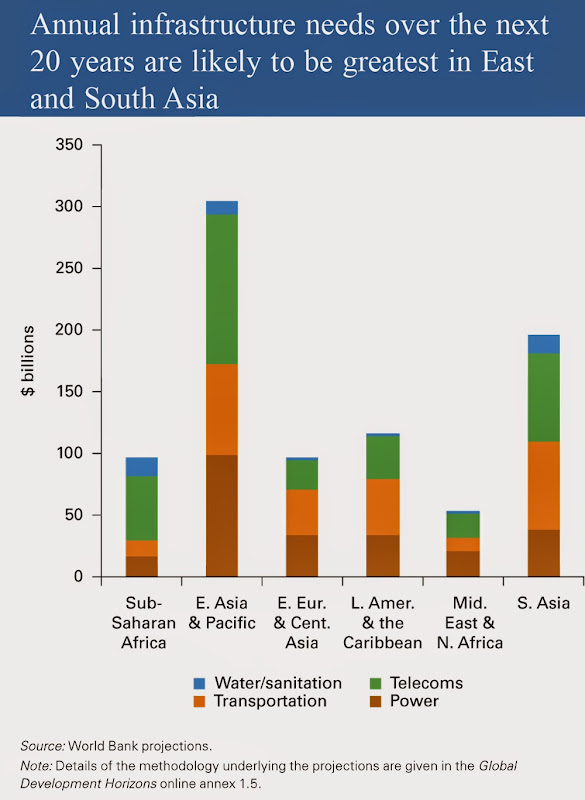