Minimum wage and productivity in Nepal and South Asia (plus China) 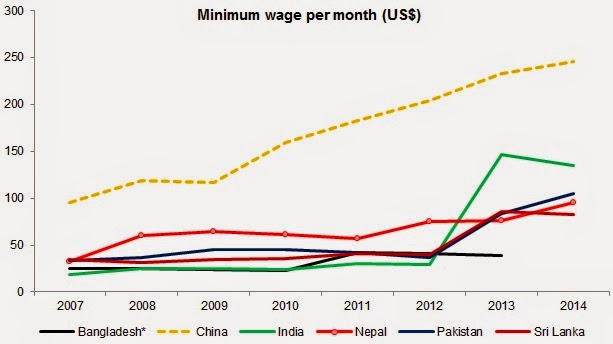 Relative to Nepal’s level (=100 in the chart below), minimum wages in China, India, and Pakistan are higher. Sri Lanka had higher minimum wage than Nepal in 2013. 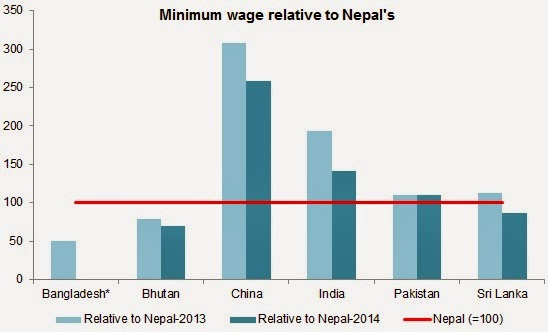 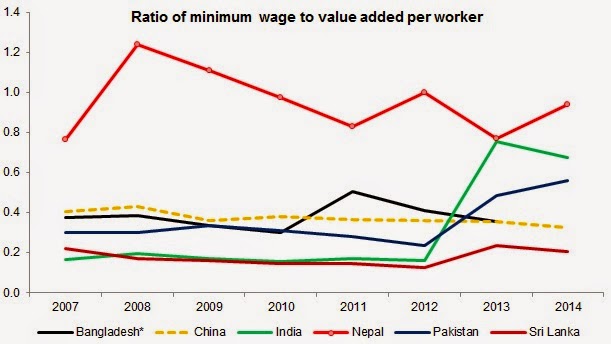 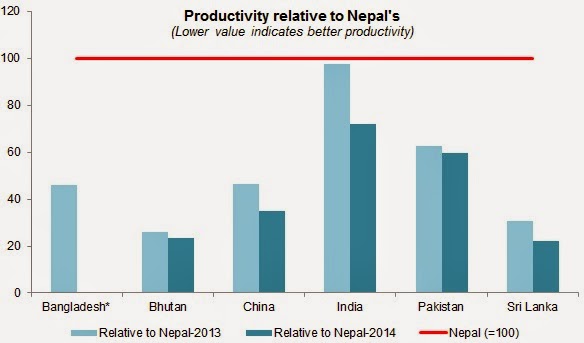 Lower (competitive) wages and higher labor productivity attract domestic and foreign investment, which help to boost jobs creation and economic growth. Nepal’s formal sector labor market suffers from a high degree of unionism (often politically motivated and at times violent), which has resulted in the closure of many domestic as well as multinational firms. Overall, manufacturing sector has been weakening over the past several years. Its share of GDP declined to an estimated 5.6% in FY2014 from 8.2% of GDP in FY2002. The average growth rate has been a mere 3.2% in the last five years. Here is a related blog post on this issue.

Posted by Chandan Sapkota at 7:02 PM No comments: