Poverty and hunger in Nepal circa 1909 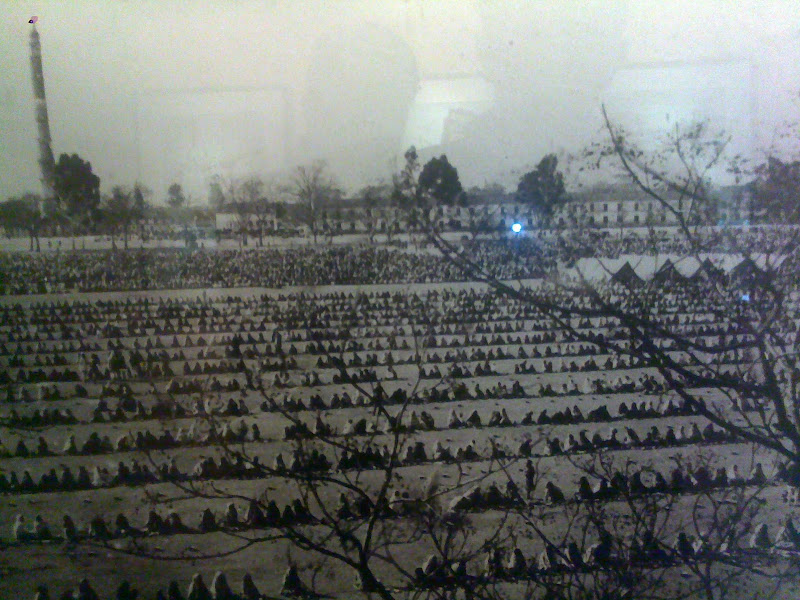 The picture shows lines of poor people being fed at Tundikhel when the then autocratic Prime Minister Chandra Shamsher, fifth PM from the Rana dynasty, returned from Europe in 1909. The tall structure in the picture is Daharaha.

Are emissions level below 2°C possible?

The Economist writes, “Despite 20 years of climate negotiation, the world is still on an emissions trajectory that fits pretty easily into the “business as usual” scenarios drawn up by the Intergovernmental Panel on Climate Change (IPCC). According to the IEA, the scenario puts the world on course to warm by 3.5°C by 2100. For comparison, the difference in global mean temperature between the pre-industrial age and the ice ages was about 6°C.”

The IEA also looked at what it might take to hit a two-degree target; the answer, says the agency’s chief economist, Fatih Birol, is “too good to be believed”. Every signatory of the Copenhagen accord would have to hit the top of its range of commitments. That would provide a worldwide rate of decarbonisation (reduction in carbon emitted per unit of GDP) twice as large in the decade to come as in the one just past: 2.8% a year, not 1.4%. Mr Birol notes that the highest annual rate on record is 2.5%, in the wake of the first oil shock.

But for the two-degree scenario 2.8% is just the beginning; from 2020 to 2035 the rate of decarbonisation needs to double again, to 5.5%. Though they are unwilling to say it in public, the sheer improbability of such success has led many climate scientists, campaigners and policymakers to conclude that, in the words of Bob Watson, once the head of the IPCC and now the chief scientist at Britain’s Department for Environment, Food and Rural Affairs, “Two degrees is a wishful dream.”

The fight to limit global warming to easily tolerated levels is thus over. Analysts who have long worked on adaptation to climate change—finding ways to live with scarcer water, higher peak temperatures, higher sea levels and weather patterns at odds with those under which today’s settled patterns of farming developed—are starting to see their day in the uncomfortably hot sun. That such measures cannot protect everyone from all harm that climate change may bring does not mean that they should be ignored. On the contrary, they are sorely needed.

Posted by Chandan Sapkota at 3:47 PM No comments: