My econ professors Andrew Farrant and Edward McPhail, Dickinson College, argue that Jeff Sachs was right in interpreting Hayek's view on welfare state and the road to serfdom!(Btw, here is Easterly explaining the Hayekian insight on economic development) Read the full paper (can't find an online version) for more discussion on how people have failed to interpret what Hayek really meant when he discussed welfare state. They also claim that Glenn Beck and Rush Limbaugh have misread Hayek. 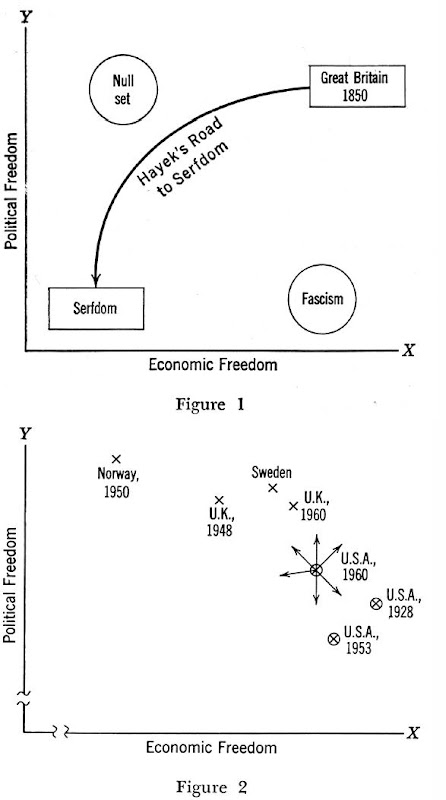 "A relatively recent example of the debate over whether Hayek’s arguments are intended to apply exclusively to full-blown command planning or to command planning and the welfare state alike is provided by the 2006 exchange between Jeffrey Sachs and William Easterly over the merits or otherwise of Hayek’s thesis and the relevance of Hayek’s arguments to debates over contemporary policy. Sachs contended that Hayek intended his argument to have ready applicability to the postwar welfare state. Sachs argued moreover that Hayek’s argument largely missed its mark, and the postwar performance of the Nordic social democracies—together with their clear failure to mutate into totalitarian polities—provided especially telling evidence against Hayek’s thesis.

In his rejoinder to Sachs, William Easterly (seemingly fully in agreement with Bruce Caldwell’s oft-repeated claim that Hayek’s thesis has no bearing on contemporary policy debates over the welfare state per se) suggests that Hayek’s thesis was intended to only have applicability to a system of wholesale state planning.4 In reply, Sachs rightly pointed to Hayek’s 1976 utterance that he deemed The Road to Serfdom to have much applicability to command planning and the redistributive Nordic-style welfare state alike.

Sachs notes that Hayek suggested “that high taxation would be a ‘road to serfdom,’ a threat to freedom itself” (Sachs 2006, 42). Similarly, Sachs maintains that “Hayek was wrong. In strong and vibrant democracies, a generous social welfare state is not a road to serfdom” (ibid.; emphasis added).

Our aim here, however, is not to evaluate whether Sachs and Easterly are correct per se in their claims and counterclaims about the growth performance (whether sterling or otherwise) of the Nordic social democracies. Instead, we argue that Sachs’s “welfare state” reading of Hayek’s thesis is accurate. Indeed, the Sachs-Easterly exchange is merely the latest spark on this particular issue to rise from the rather heated intellectual fire that Hayek’s book immediately lit upon its initial appearance in 1944 (see, e.g., Hansen [1945] 1947). Moreover, there is much clear evidence that Hayek himself had always intended his argument to apply with equal stringency against command planning and the welfare state alike (see, e.g., Hayek 1948, [1956] 1994, 1960, and [1976] 1994). Indeed, as we shall show, Hayek—during the 1940s and after—frequently argued that the logic supposedly set into play by any policy of persisting with the mixed economy, Keynesian demand management policy, and welfare state practices would lead to full-blown central planning. Importantly, Hayek frequently claimed that the “middle of the road” policies—pretty much the welfare state and demand management (Toye 2004)—adopted by the 1945–51 Labour Government in aptly illustrated the veracity of his thesis in The Road to Serfdom."

This is what I commented last time when professors Farrant and McPhail published an interesting paper on Samuelson, Hayek and the inevitability thesis:

The hodgepodge of ill-assembled and often inconsistent ideals which under the name of the Welfare State has largely replaced socialism as the goal of the reformers needs very careful sorting out of its results are not to be very similar to those of full-fledged socialism. This is not to say that some of its aims are not both practicable and laudable. But there are many ways in which we can work toward the same goal, and in the present state of opinion there is some danger that our impatience for quick results may lead us to choose instruments which, though perhaps more efficient for achieving the particular ends, are not compatible with the preservation of a free society. The increasing tendency to rely on administrative coercion and discrimination where a modification of the general rules of law might, perhaps more slowly, achieve the same object, and to resort to direct state controls or to the creation of monopolistic institutions where judicious use of financial inducements might evoke spontaneous efforts, is still a powerful legacy of the socialist period which is likely to influence policy for a long time to come.

Apparently, Hayek overstretched his warnings and considered that economic planning and reforms would lead to (ultimately result in) a totalitarian state. For the sake of justifying freedom, he blinded himself to the  possibility of having a managed mixed-economy. See the success of the Nordic countries. Also, it is hard to believe that  the US (and other Western countries) would end up being  totalitarian states, especially after the financial crisis (with all those bail-out interventions and activist government policies)."
Posted by Chandan Sapkota at 11:53 AM No comments:

There is hardly anything to say about the “special budget” worth Rs 110.21 billion rolled out by the caretaker government. It is meant to finance regular bureaucratic activities and is devoid of development and growth agendas. The inability of the political leaders to forge consensus on major economic issues is extremely frustrating because this budget is not going to do anything in addressing the major macroeconomic and development challenges faced by the nation. Unfortunately, misplaced political ambitions of the main political vision less leaders is holding hostage the aspiration of Nepalese people.
I usually assess and comment on the fiscal budget but this one is not even worth commenting because it lacks details about key economic expenditure and revenue issues. There is Rs 78.81 billion allocated for appropriate heads (parliament approval needed) and Rs 31.40 for chargeable items (parliament approval not needed). With such a half-hearted and incomplete budget, we should not be expecting much from the government in terms of spurring growth, development, and employment in the upcoming fiscal year. The messy macroeconomic situation will persist (or even worsen).
Meanwhile, the Ministry of Finance (MoF) released Economic Survey 2009/10 this week. It is one of the most anticipated reports coming out of the MoF. Here is an excellent summary and interpretation, based on the Economic Survey, of the state of the Nepalese economy. Here is my take based on the main message of the report: The economy is in a mess, growth is sluggish, and macroeconomic troubles are imminent. The government urgently needs to address the non-economic constraints such as bandas, destructive activities of militant youth wings and combative labor unions, donation campaign, supply-side constrains, and power shortages, among others, to kick-start the jammed growth engine of the Nepalese economy.
The economic growth rate (real GDP) in the current fiscal year 2009/10 is estimated to be 3.5 percent – lower than 4 percent achieved last year. Government argues that the decline in production of crops (blaming monsoon and adverse weather for growth stagnation!) and sluggish non-agricultural sectors contributed to the slowdown of Nepal’s growth engine. The non-agricultural sectors were (and are) plagued by frequent but fickle bandas, deteriorating industrial relations and labor strikers, power shortages, and supply-side constraints such as deficient supply of infrastructure. Meanwhile, real per capita GDP is nevertheless expected to increase by 2.3 percent, reaching US$562 per year – about 20 percent higher than last year’s figure.

As a percentage of GDP, gross investment is expected to increase to 38.2 percent as compared to 31.9 percent in the last fiscal year. Meanwhile, gross national savings is expected to decline to 9.4 percent from 9.7 percent of GDP in the same timeframe. The gap between gross domestic savings and gross investment, as a percentage of GDP, is expected to be negative 28.8 percent. It is widening by about six percentage points from last year’s figure. This essentially means that we are consuming more and have little money to fund projects and trigger capital accumulation. 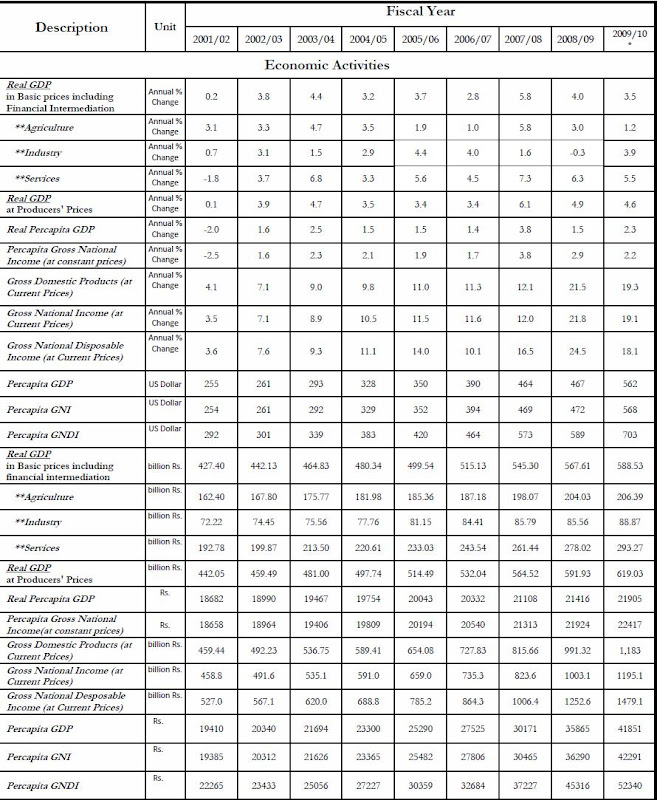 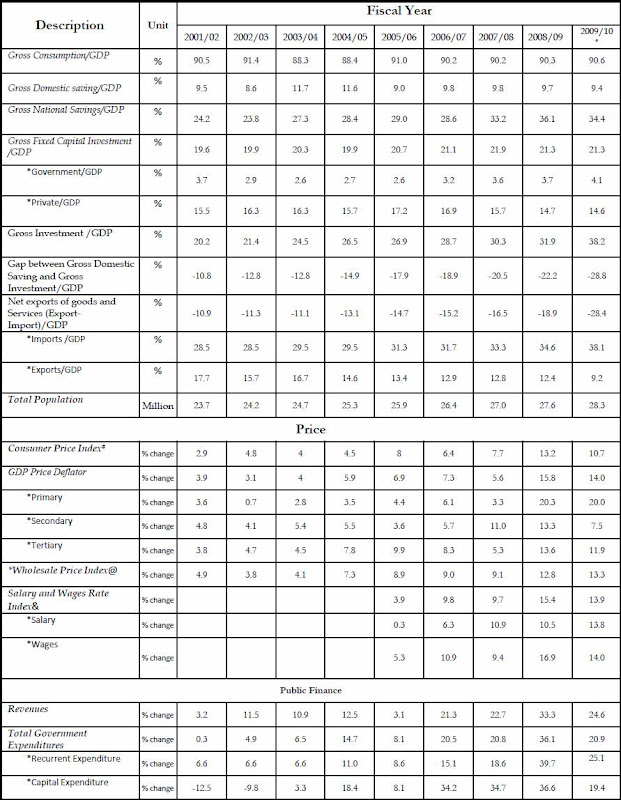 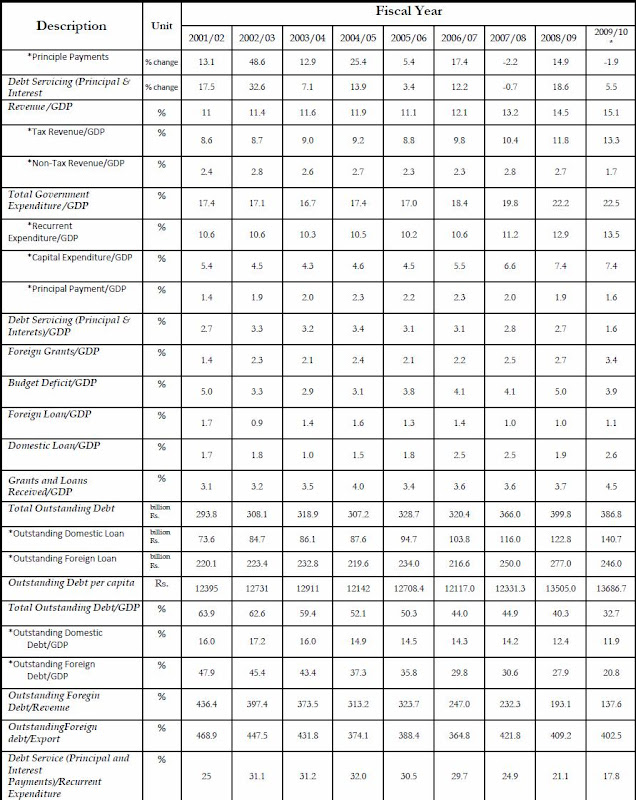 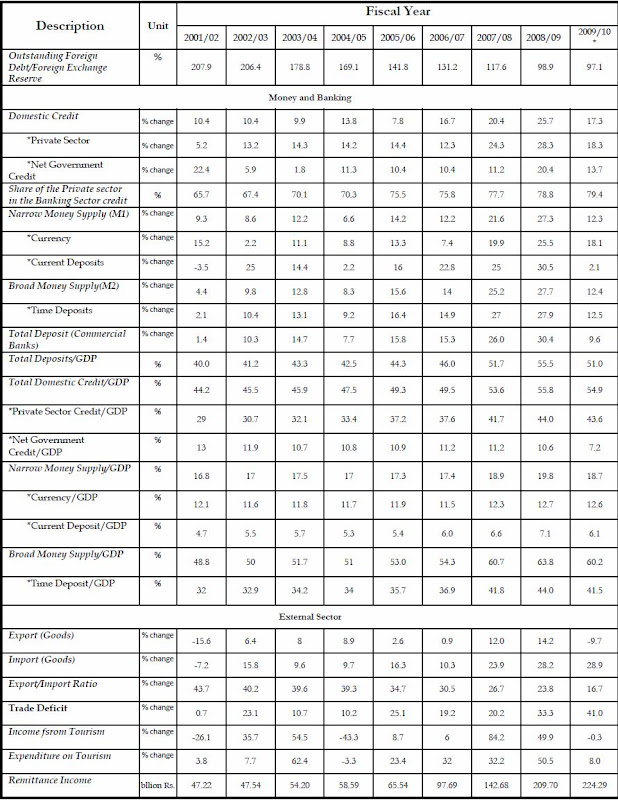 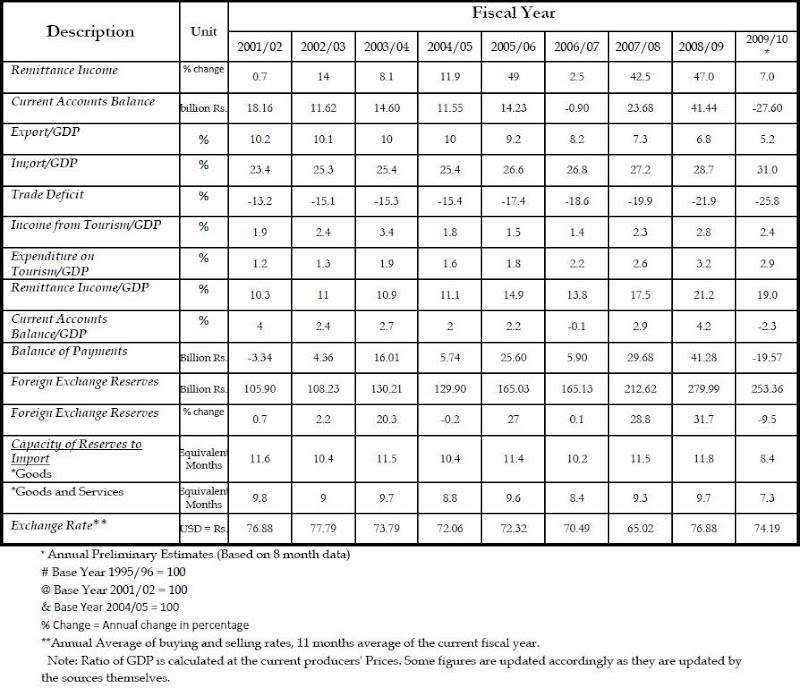