Merchandise exports and imports by development region in Nepal 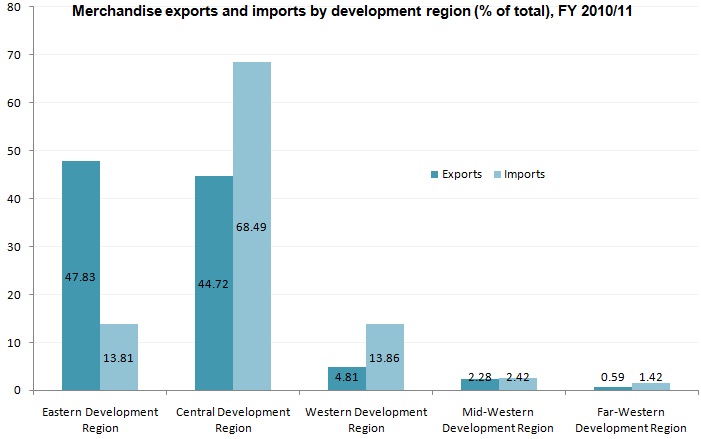 Interesting (but unsurprising) observation is that highest exports has occurred from regions with highest concentration of industries. And, highest imports is by regions with highest population (and population density)/consumption. These could affect incentives such as tax holidays, supply of infrastructures, and other facilities aimed at promoting industrialization in different parts of the country.

Posted by Chandan Sapkota at 4:44 PM No comments: