Have we already achieved MDG target on poverty?

In a latest policy brief, Laurence Chandy and Geoffrey Gertz of The Brookings Institution argue that the MDG target on halving global poverty may have been already achieved in 2008. Using household survey data, they come up with new poverty estimates, which are lower than the World Bank’s estimate.

They estimate that between 2005 and 2010, the total number of poor people around the world fell by nearly half a billion people, from over 1.3 billion in 2005 to under 900 million in 2010. Looking ahead to 2015, extreme poverty could fall to under 600 million people—less than half the number regularly cited in describing the number of poor people in the world today. Their estimates show that as of 2010 less than 16 percent of world population remained in poverty, and fewer than 10 percent will likely be poor by 2015.

Between 2010 and 2015, India is expected to see 367.7 million people rise above poverty; 23.8 million for Bangladesh and 8.5 million for Pakistan. The poverty landscape is going to change four years from now. In 2015, India, Bangladesh and China are expected to have 88.1 million, 33.2 million, and 48 million, respectively, people in poverty. As mentioned above, Sub-Saharan Africa will have the largest number of poor people, with Nigeria having the largest of any country. 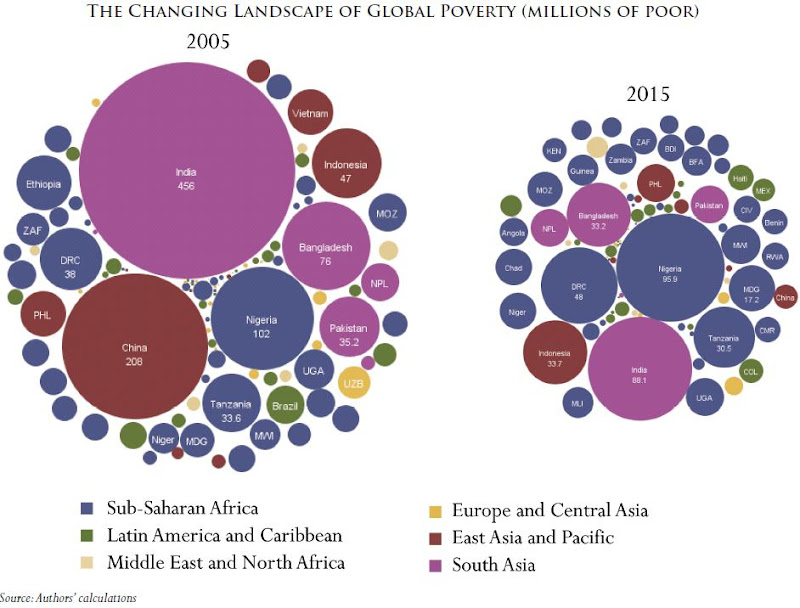 They find that while 20 percent of the world’s poor lived in fragile states in 2005, this share is rising sharply and will exceed 50 percent by 2014. They argue that “with the majority of the world’s poor expected to be living in fragile states within the next three years, poverty is likely to increasingly be viewed through a security and governance lens, with potentially important ramifications for rich-world policies on poverty reduction.” 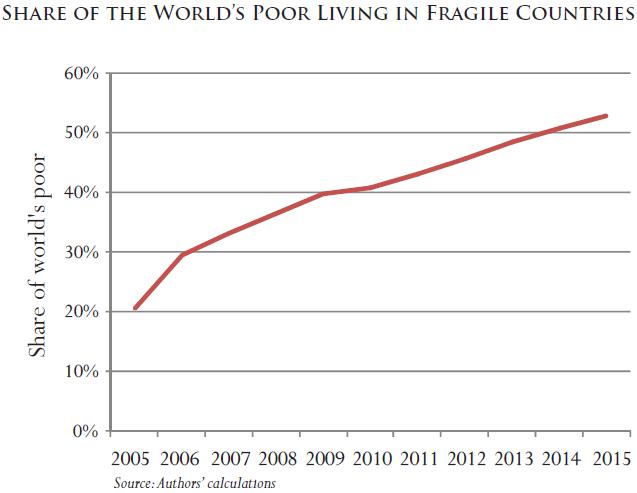 Here is how their estimate differs with that of the World Bank: