Nepal has the highest minimum wage in South Asia?

Workers affiliated to various trade unions have time and again gone on strike demanding hike in wages and allowances. The recurring row over hike in wages and allowances between workers belonging to one or the other politically affiliated (and probably motivated) trade unions and businessmen has led to not only closure of national firms but also reputed international firms. Labor strikers have intensified particularly after 2006 and there has been an explosion of registered unions at the Department of Labor. The business community argues that it is not fair to demand wages and allowances beyond the capacity of the firms to pay them. The trade unions argue that they should be paid more because the cost of living has gone up. Their row has led to repeated revision of minimum wage.

A higher wage means high cost of production. In Nepal’s case, the cost of production is amplified by the inadequate supply of electricity (forcing firms to use diesel generators to run factories), high cost of raw materials, low innovation and strikes, among others. Along with the end of MFA in 2005 and the inability to compete with more competitive international players, high labor costs and strikes are also responsible for the decline of once thriving garment industry (and other manufacturing firms) of Nepal. In order to stay competitive, the government, labor unions and private sector have to work on enhancing efficiency and reducing cost of production (this can be achieved even if there is hike in wages, as seen in Bangladesh's case). Else, investors will be looking for less expensive manufacturing destinations, which would mean less investment, less jobs and low growth for Nepal. 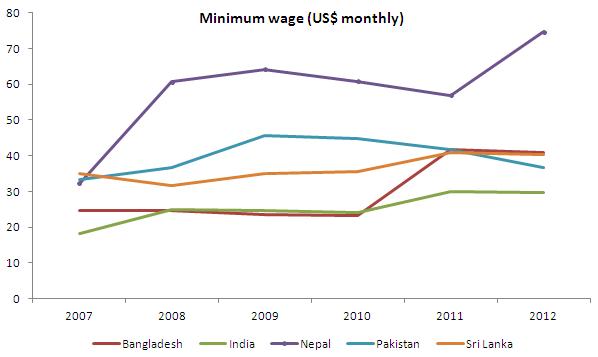 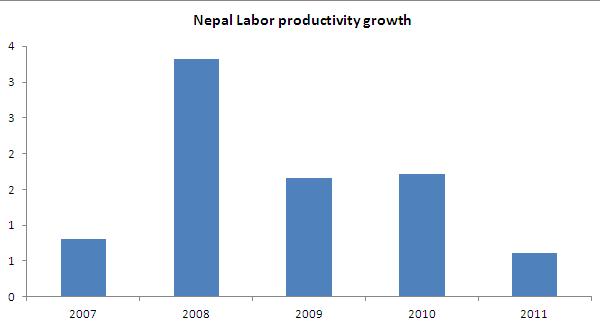 Posted by Chandan Sapkota at 8:10 PM No comments: