The economic outlook is less favorable than in FY2014 (ends 15 July 2014)  because agricultural output is crimped by a weak monsoon and the political situation is fluid. The Constituent Assembly, the second of which was elected in November 2013, failed again to write a new constitution, this time by the 22 January 2015 deadline agreed by all political parties. There is yet no unanimity among the political parties on how to proceed. Many of the outstanding issues that the earlier Constituent Assembly failed to resolve remain contentious, leaving uncertainty over the future course of politics regarding such basic matters as the number, names, and functions of proposed federal states, as well as on the overall structure of governance.

The weak monsoon and such natural disasters as floods and landslides will affect the output of paddy, maize, and millet. Industry may see better conditions in the medium term following the government’s strong commitment under the FY2015 budget to ease business regulations by introducing updated policies and legislation, though a downside risk is that the unsettled political environment will derail legislative action. Nevertheless, news from the power sector bolstered business and investor confidence. The government concluded project development agreements in the first half of FY2015 for two 900-megawatt hydroelectricity projects promoted by Indian investors. 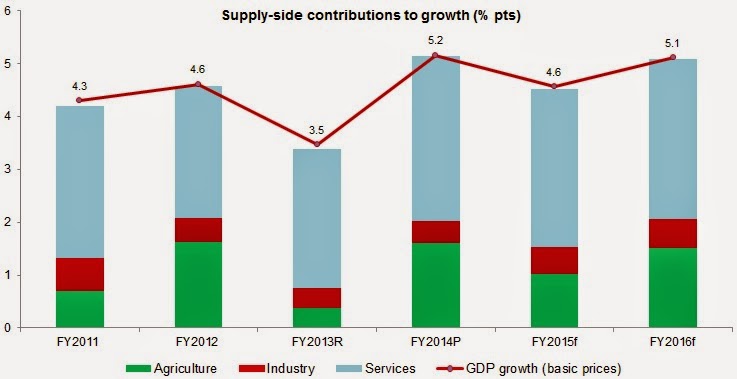 Considering the unfavorable monsoon and the lingering political uncertainty, GDP growth is projected to slow to 4.6% in FY2015, less than the government’s revised target of 5.0%. The Ministry of Agricultural Development projects paddy output to drop by 5.1%, and maize by 6.0%. Almost half of growth will come from services, particularly robust growth in wholesale and retail trade, tourism, and transport and communications. The reform-oriented budget calls for higher capital expenditure and for total planned spending to increase to 23.7% of GDP, up by 5 percentage points. This should help to underpin growth, especially in construction, even if capital spending falls modestly short. Assuming a stable political situation, a normal monsoon, a timely budget and its effective execution, and strong remittance inflows, GDP growth is expected to rebound to 5.1% in FY2016.

Despite the expected agricultural shortfall—and an increase in civil service salaries and allowances for a second consecutive year—average inflation is expected to continue to slow to 7.7%, lower than the target set by the central bank in its 2015 monetary policy, as neighboring India experiences markedly lower inflation and the drop in international oil prices passes through as lower administered fuel prices. Food inflation is expected to ease somewhat but will remain elevated owing to the smaller domestic harvest. Inflation is projected to edge lower in FY2016 to 7.3% on a better harvest, broadly stable oil and commodity prices, and central bank’s progress in efforts to rein in excess bank liquidity. 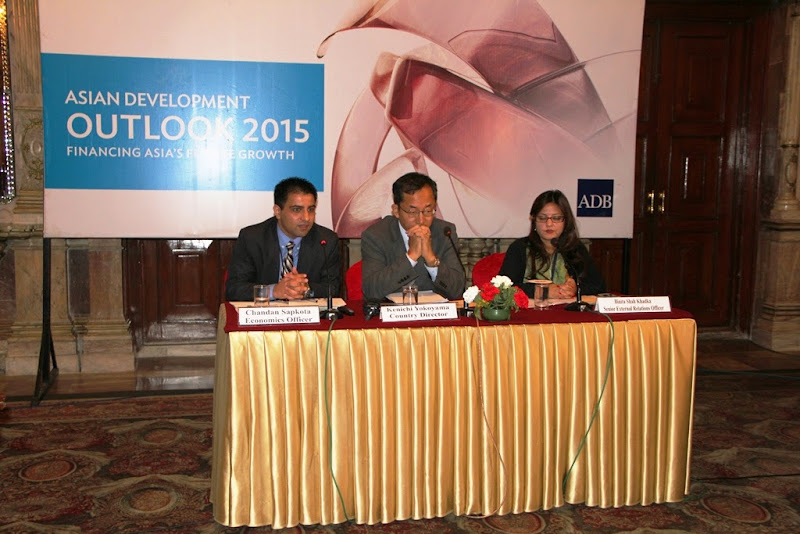 Posted by Chandan Sapkota at 9:41 PM No comments: