The Central Bureau of Statistics (CBS) has come up with preliminary estimates of national accounts for FY2014. It projects real GDP growth (basic prices) at 5.2% in FY2014, up from 3.5% revised estimated for FY2013 but lower than the government’s target of 5.5% targeted in the FY2014 budget. The main driver of growth is projected to be services sector (growth of 6.1%), followed by agriculture sector (growth of 4.7%, up from a sluggish 1.1% in FY2013) and industry sector (growth of 2.7%). 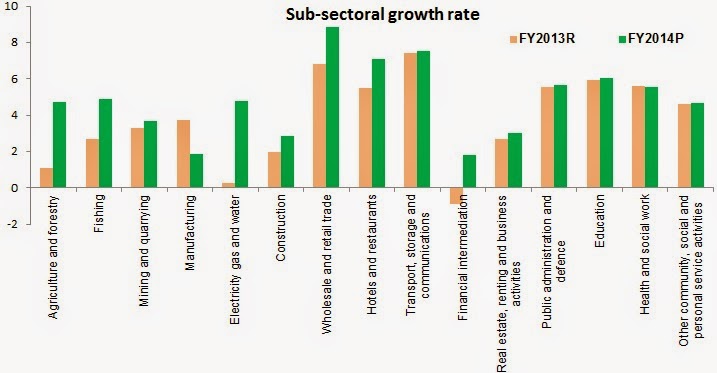 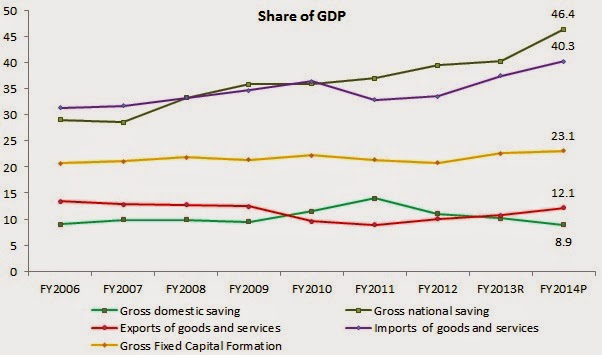 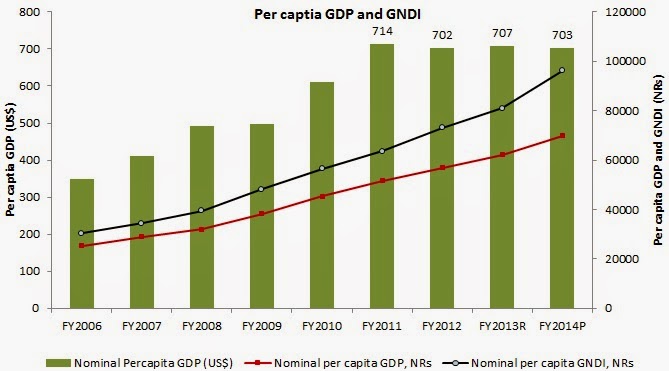 Few explanations to note here:
Starting this year, the CBS has also come up with quarterly estimates of GDP. It is supplying seasonally unadjusted and seasonally adjusted quarterly data. This is a good initiative. Now, the CBS should work on producing timely quarterly data (for FY2104, the first two quarters data are produced so far) and the annualized growth rate based on these.

Earlier, the ADB, the WB, and the IMF projected GDP growth at 4.5%.
Posted by Chandan Sapkota at 12:07 PM No comments: