Nepal has made remarkable progress on logistics performance in the last two years, leading to improvement in Logistics Performance Index (LPI) 2014 rankings from 151 (out of 155 countries) in 2012 to 105 (out of 160 countries) in 2014. In fact, Nepal is one of the top 10 low-income performers on the 2014 LPI. The report also notes that Nepal and Burundi are the only two low-income countries with statistically significant changes in LPI score. In South Asia, Nepal’s ranked 5th, up from last position in 2012 and 2010. 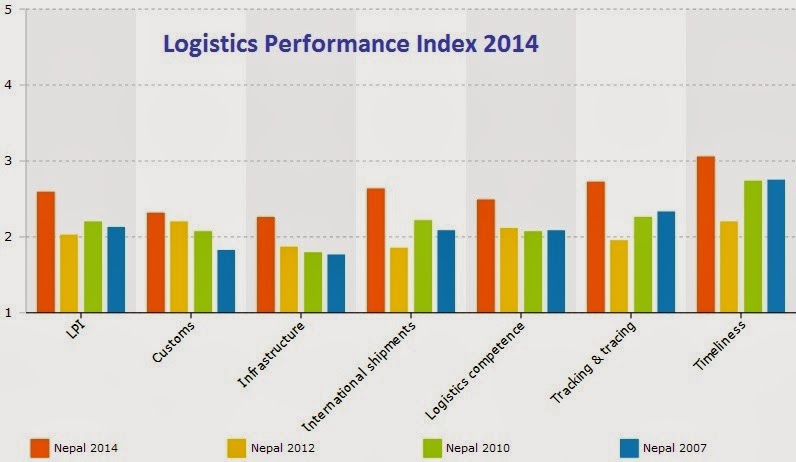 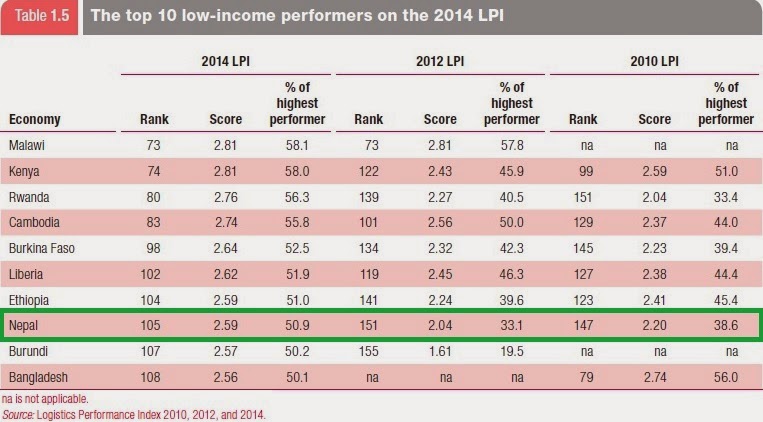 That said, still much more needs to be done to make Nepal's supply chain efficient. Nepal not only needs to improve its infrastructure logistics (roads, rails, warehouses, telecommunications), but also efficient border management including customs clearances, administration, quality of brokers and agents, transparency, and payment systems.

The LPI is based on a worldwide survey of operators on the ground (global freight forwarders and express carriers), providing feedback on the logistics “friendliness” of the countries in which they operate and those with which they trade. The ratings are based on 6,000 individual country assessments by nearly 1,000 international freight forwarders, who rated the eight foreign countries their company serves most frequently. It is the weighted average of the country scores on the six key dimensions:
Posted by Chandan Sapkota at 6:00 PM No comments: