The transformation of development thinking

David Lindauer and Lant Pritchett discuss the transformation of development thinking, development policy making, and the next big idea for growth. Though this is an old paper, it is quite interesting. May be they should update it considering the ideological shift economics fraternity has seen after the global economic crisis starting 2008. 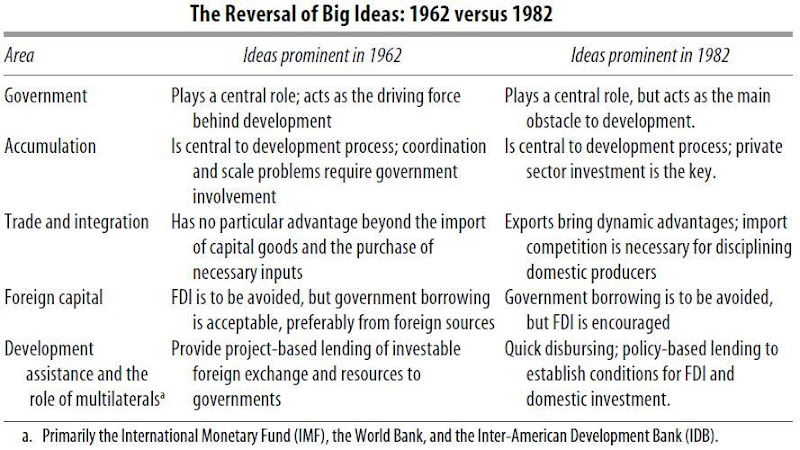 How has the thinking on economic development changed after 2002 (and before 2008)? It might take different forms depending on several factors that affect the global and local markets. But one thing is certain: “The road to development is extremely complex, and the ultimate guide to that path must therefore be more complex than an arrow pointing confidently in one direction.”

This gives a mixed signal to what and what kind of political and economic system propel growth. So, what should be the agenda for post-Washington Consensus economic growth?

Lindauer and Pritchett argue that a new agenda should “acknowledge the complex, state-dependent, contingent relations between policies and growth.” While doing that there is also a need to recognized that growth regressions have failed to give a clear picture of the different growth experiences of similar and dissimilar countries.

The basic flaw in growth regressions is that they confuse partial correlations with (stable) parameters and confuse empirical variables(that might be associated with policies) with feasible actions to promote growth.

By now, there are thousands of papers that put economic growth on the left-hand side and other stuff on the right-hand side. This research produces empirical findings that are translated, more or less crudely, into policy recommendations: a partial correlation of lagged enrollment rates and subsequent growth is interpreted as proof that education is good for growth, which is then used as the basis for recommending more public spending on education; a partial correlation of trade and growth outcomes indicates that openness is good, which becomes a recommendation to reduce tariffs; a partial correlation of inflation and growth shows that low inflation is good, which leads to the adage that fiscal austerity will promote growth. Sadly, many of these recommendations have not worked in practice, in part because nearly all of the growth regression research is essentially irrelevant to policymaking and policy implementation. The findings do not constitute a credible basis for meaningful development advice, since they are not empirically stable and they are not about policy.

It is not surprising that growth regressions are unstable across countries and over time, because any model in which growth is linearly (or log-linearly) related to any given variable across countries, time periods, levels of development, and circumstances is almost certainly misspecified.

Even growth regressions with right handside variables under direct policy control—say, the budget deficit or tariffs— are still describing a relationship between policy actions and outcomes, not policies and outcomes. A policy is a mapping from states of the world to policy actions.

What is next after the terrible performance and use of growth regressions? They list some better ideas to study growth.

(They argue that economics profession does not need any new great idea in economic growth. It just needs to, as Rodrik says, “figure out how to turn sound economic thinking into useful, context-contingent policy recommendations.”)

Posted by Chandan Sapkota at 12:50 PM No comments:

The Evolution of Agricultural Trade Flows

Earlier research showed that during the 1980s and 1990s most of the global agricultural trade expansion took place among the industrial countries and among countries within trade blocs. These were also periods of declining agricultural prices. These prices increased during the 2000s, there were continuous trade reforms, and many developing countries started to support their agricultural sectors. This paper analyzes trade flows during the past two decades, and tries to measure whether all these developments have changed the trade balances and the share of different groups within the global trade flows. In addition, it looks at the trade balances on food to see the impact of these changes on net food importing countries. In conclusion, unlike the case with manufacturing, developing countries have not been able to increase their export shares in agriculture as significantly. They have maintained their trade shares by primarily expanding exports to other developing countries.

A link to the full paper by Ataman Aksoy and Francis Ng here. The conclusion is not surprising! 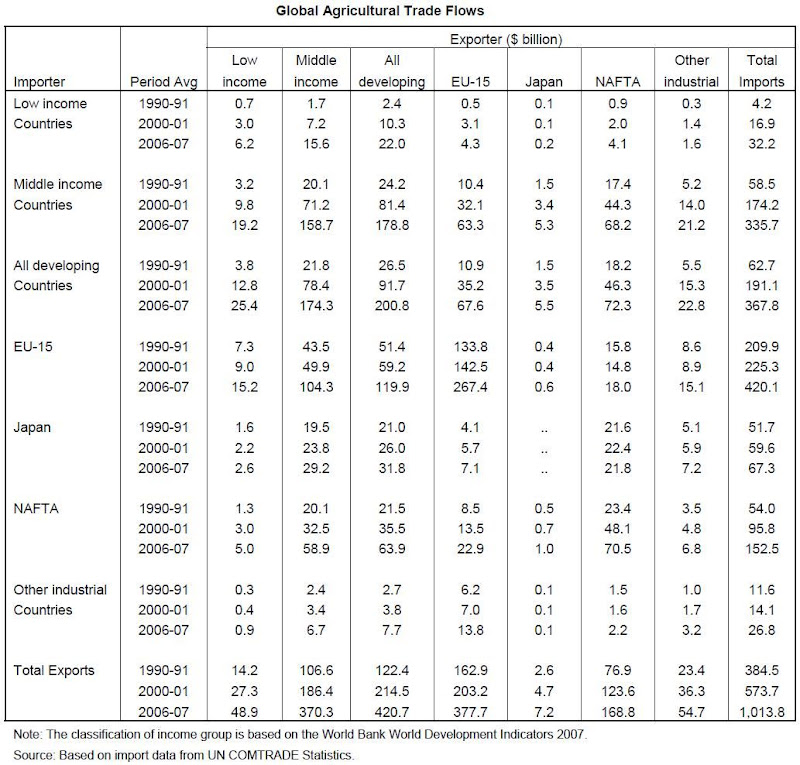 Posted by Chandan Sapkota at 10:46 AM No comments: 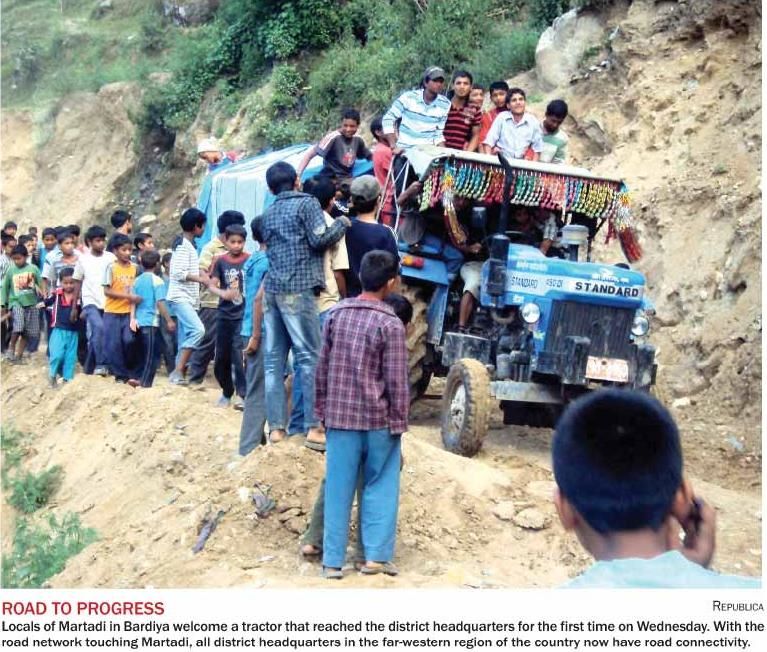 Caption: Locals of Martadi in Bardiya welcome a tractor that reached the district headquarters for the first time on Wednesday. With the road network touching Martadi, all district headquarters in the far-western region of Nepal now have road connectivity. (Source: Republica, June 10, 2010)

It is never too late. Now, five (or four) districts headquarters are left to be connected by roads. After connecting district headquarters, the next public investment should be in expansion of roads within districts so that villages are connected each other. One of the few sectors where donor’s money is making some headway in Nepal!

Posted by Chandan Sapkota at 10:03 AM No comments:

Rural nonfarm development plays a key role in generating employment in many developing countries. Clustering is an important form of industrial organization in the rural nonfarm sector. Based on a primary survey of both urban and rural handloom weaver clusters in Ethiopia, one of the country’s most important rural nonfarm sectors, this paper examines the mechanism and performance of clustering. That cluster-based handloom production survives even in remote rural areas illustrates its vitality in restricted environments. In the absence of financial institutions, clustered producers set up interconnected trade credit linkages to ease working capital constraints. Moreover, geographical clustering enables entrepreneurs with limited capital to enter the business through shared workspaces and fine division of labor. Despite the viability of the clustering model of production operating in harsh environments, an improvement in infrastructure can further enhance firm performance in a cluster. Our survey indicates that producers in electrified towns work longer hours than those in towns without electricity. In addition, the rental cost of shared lit workspaces is minimal, attracting more poor entrepreneurs to participate in handloom production than would otherwise be possible.

This one comes from a case study of handloom weavers in Ethiopia. Pretty interesting how people find alternatives way to transact and interact in no-so-perfect markets. An external policy and investment shock such as infrastructure construction improves productivity. More here.

Posted by Chandan Sapkota at 8:07 AM No comments: