The impact of remittances on Madhesh

Tarai Human Rights Defenders Alliance (THRD Alliance) has come up with an interesting study (don’t have an online link yet!) on the social impact of remittances in Madhesh. It is based on perception survey of 476 households (only joint families whose male member had left for work overseas after getting married) in five VDCs of Mahottari district (Pigauna, Simardahi, Suga, Dhirapur, and Kalhuwabagiya).

The report states that the selection of five out of seventy-seven VDCs of Mahottari district was done randomly, but it doesn’t mention the method for it. Also, is Mahottari the best representative district in all of Madhesh (share of migrants from Mahottari is around 3.97 percent of total migrants)? These two crucial things— which helps to give a sense of reasonable extrapolation and potential inferences from the trend observed in the survey data— have not been explained in the report. Nevertheless, most of the conclusion and recommendation apply to not only Madhesh but the whole of Nepal. 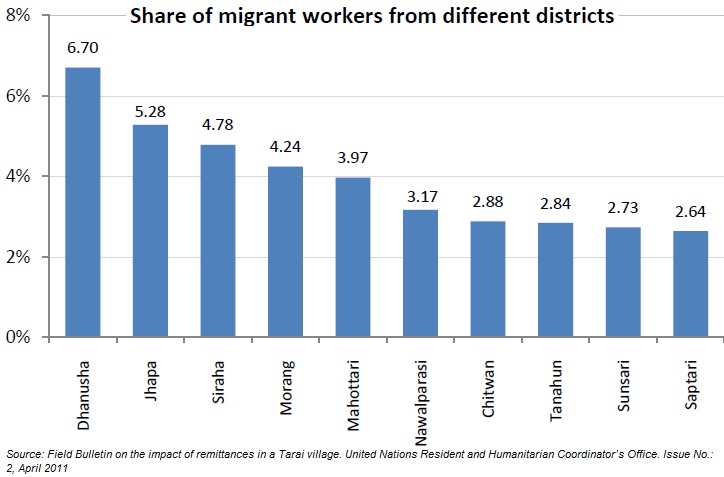 For those interested, here is a case study on the impact of remittances in social, economic and political lives of Dalit and Muslim in Tarai. Here is an excerpt from the UN report:

[…] parents are spending more on school education but that 90% of the youths in their late teens are more concerned about buying mobile phones and motorbikes and having fun rather than studying. Once they realize that their father cannot afford their increasing expenditure, they too want to go abroad. He is also concerned about growing alcohol consumption even amongst otherwise very traditional Muslim families. Mangal Sada, a Dalit who spent three years working abroad, is now quite disheartened to know that his only son is in “bad company” and probably abuses both alcohol and drugs. He says that the living conditions of his family are without doubt much better now but he had to pay a heavy price for that.

For more on the impact of remittances on the economy, read previous blog posts here, here, here and here.

Remittances have both advantages and disadvantages. While it is boosting household’s income and expenditure capacity, it is bringing changes to social behavior (like increase in nuclear families, shortage of workers for agriculture and forestry related works, and dependency syndrome right at the household level, among others). Meanwhile, it has created a shortage of labor in industrial sector, displacement of domestic manufacturing by imported goods, widened trade deficit, and made policymakers complacent in enacting real policy reforms that would help boost domestic production and channel remittances for productive purposes. 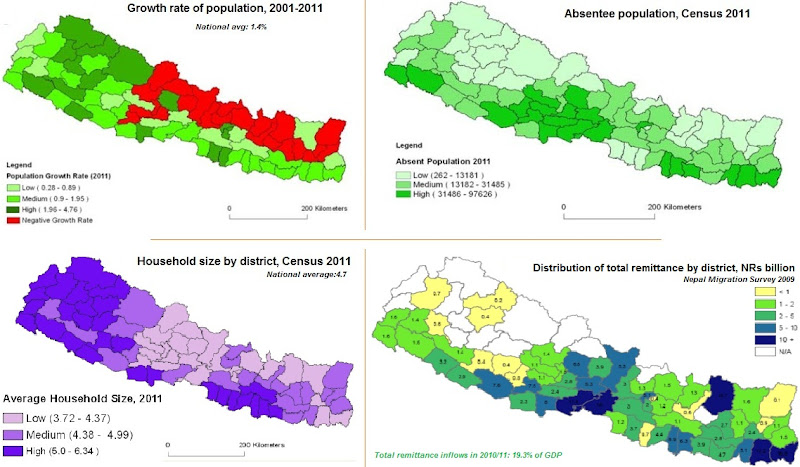