The Central Bureau of Statistics (CBS) released the National Sample Census of Agriculture Nepal 2011/12 in December 2013. The decennial census shows the major trends in the agriculture sector and choices of agricultural households. About 83% of farmers’ main source of income comes from agriculture, and there are 3.8 million holdings in the country, up from 3.3 million in FY2002.

Cropping intensity is increasing as farmers may be using the same piece of land, subject to the planting cycle of crops and cropping season, many times for planting crops. 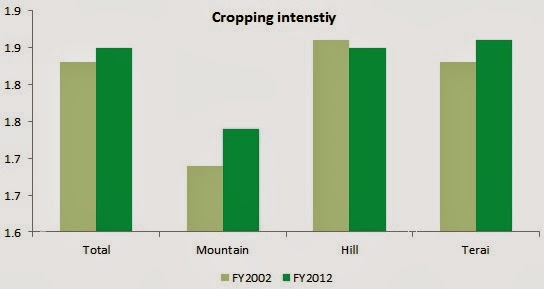 River/lake/pond is the largest source of irrigation. 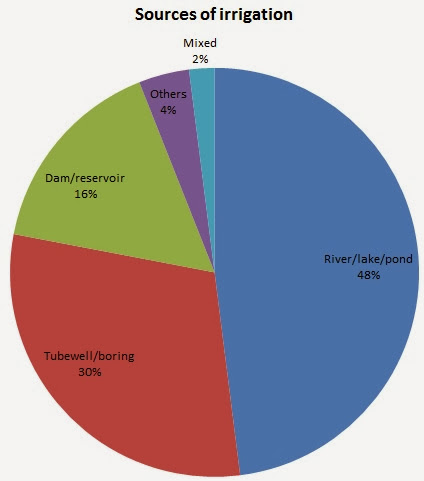 The number of households growing vegetables increased by 97.6%. Plantation area of vegetables, potato, other cash crops and spices increased between FY2002 and FY2012. 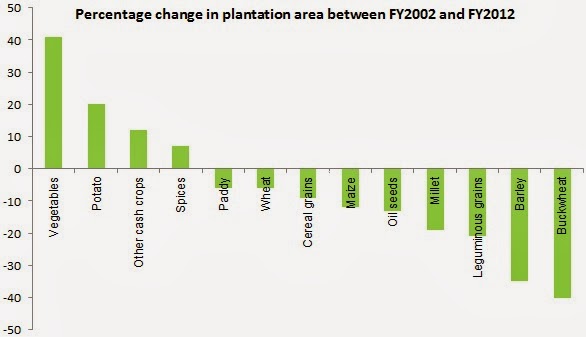 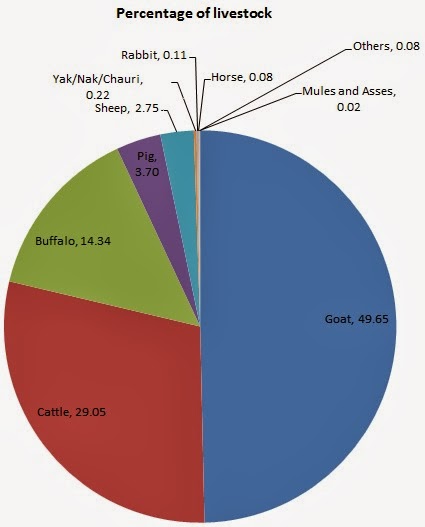 The share of agricultural households taking loans to finance farming operations has decreased to 22%.

Credit from non-institutional or informal sources is the main source of loans. 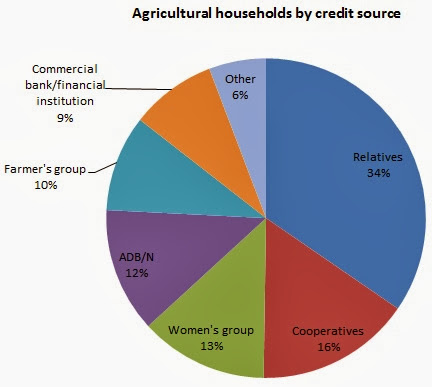 About 41.8% of agricultural households reported the need for agricultural loan primarily to start livestock/poultry farming and to purchase agricultural inputs. 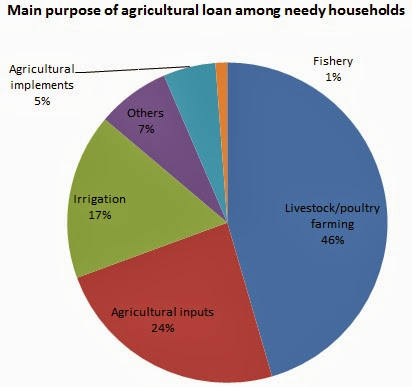 Majority of the agricultural households still use local seeds. 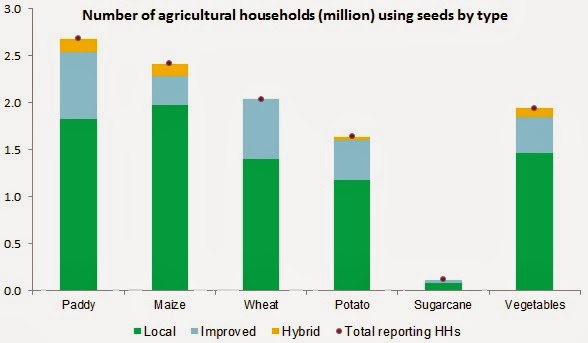 The largest quantity of minerals and chemical fertilizers is used for paddy production. 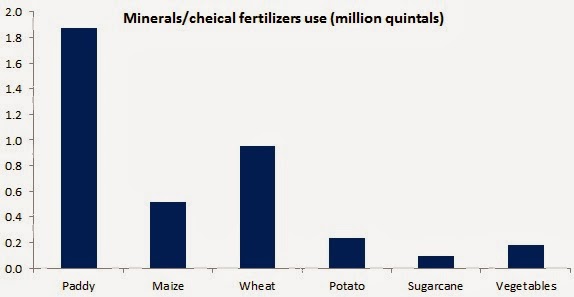 (This is adapted from Nepal Macroeconomic Update, February 2014, Vol.2, No.1, published by ADB. Executive summary here.)
Posted by Chandan Sapkota at 7:00 AM No comments: