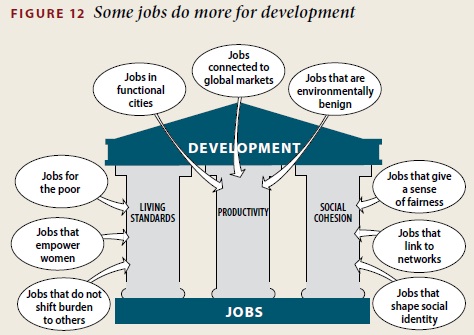 The latest World Development Report 2013 is focused on jobs. The main point is that jobs in developing countries pay off far beyond income alone as it is the best insurance against poverty and vulnerability.

The report shows that providing jobs reduces poverty and it also empowers women to invest more in their children. It also offers alternatives to conflict and makes fragile countries stable.

The best things about WDRs are new policy relevant evidence and the steering of development debate, to some extent,in a single contemporary topic. Below are excerpts from WDR 2013:

In conflict-affected countries, the most immediate challenge is to support social cohesion. Employment for ex-combatants or young men vulnerable to participation in violence takes on particular importance. With fragile institutions and volatile politics, attracting private investment and connecting to global value chains may be out of reach for quite some time. Yet construction can boom even in poor business environments, and it is labor intensive. Investments in infrastructure can not only support social cohesion through their direct employment impact, they can also be a step in preparing for future private sector job creation. 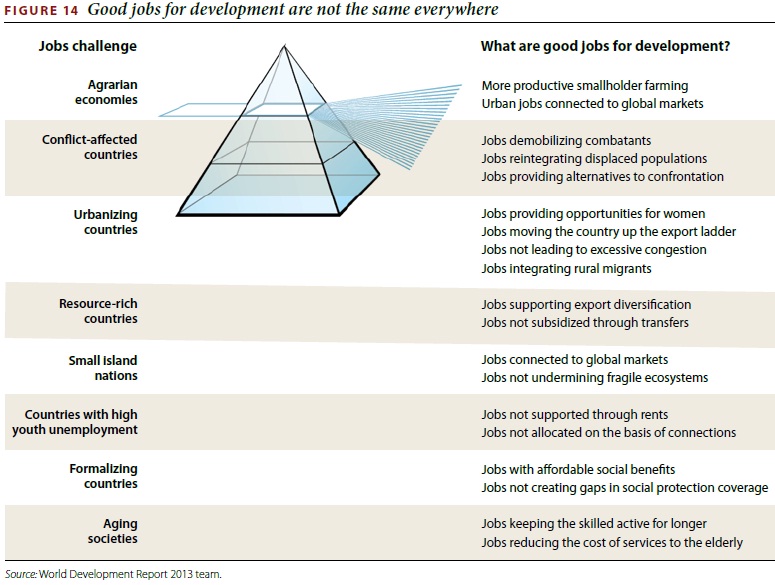 [All figures/pictures extracted from WDR 2013.]

Posted by Chandan Sapkota at 10:16 PM No comments: