Poverty by district in Nepal 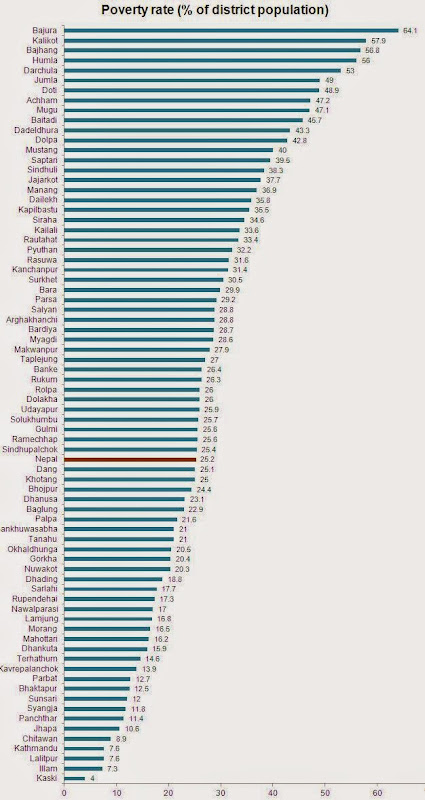 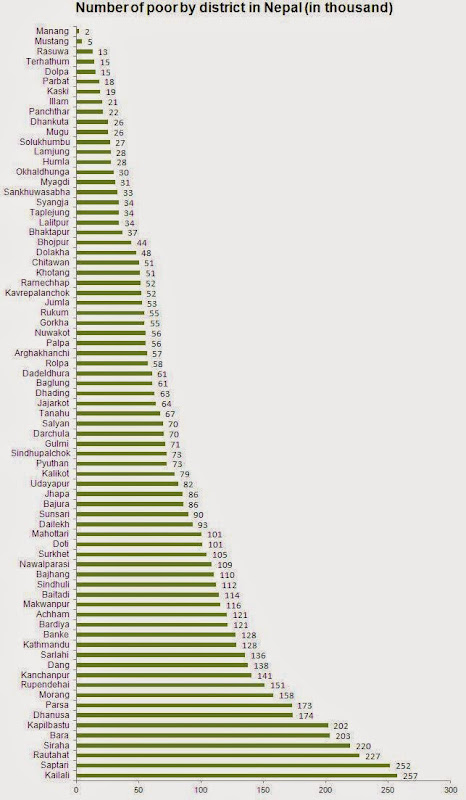 Comparing the progress between 2001 (based on NLSS II) and 2011 (based on NLSS III), the data shows that poverty (% of respective district population) declined in 55 districts, but increased in 19 districts. Twenty districts were able to reduce poverty by over 20 percentage points.

Now, the following comparison (at the district level) will be interesting. I will try to write separate blog posts when I have more free time as these tend to have growth and development policy implications: